Luan Prabang visit nears the end so I've enjoyed the last few days with Duffy and the crazy motorcycle journey. We spent the last morning in Luang Prabang checking out some Buddhist Vats. Since Duffy is one of the cheapest people on earth he bought a used and outdated lonely planet book that had the wrong schedule for the monk morning rituals and food donations that starts at 5:30 am, we got up at 6 and missed that. 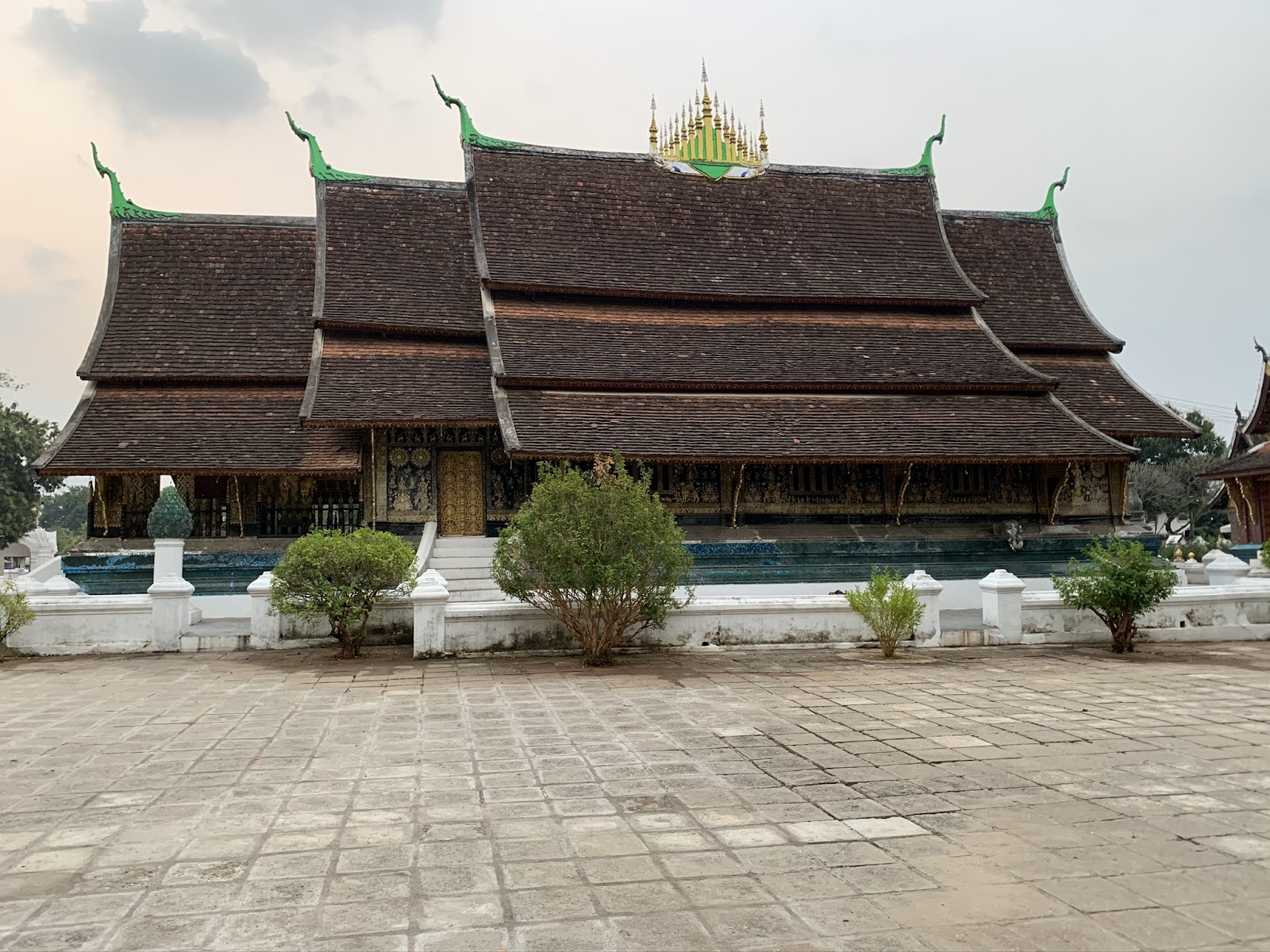 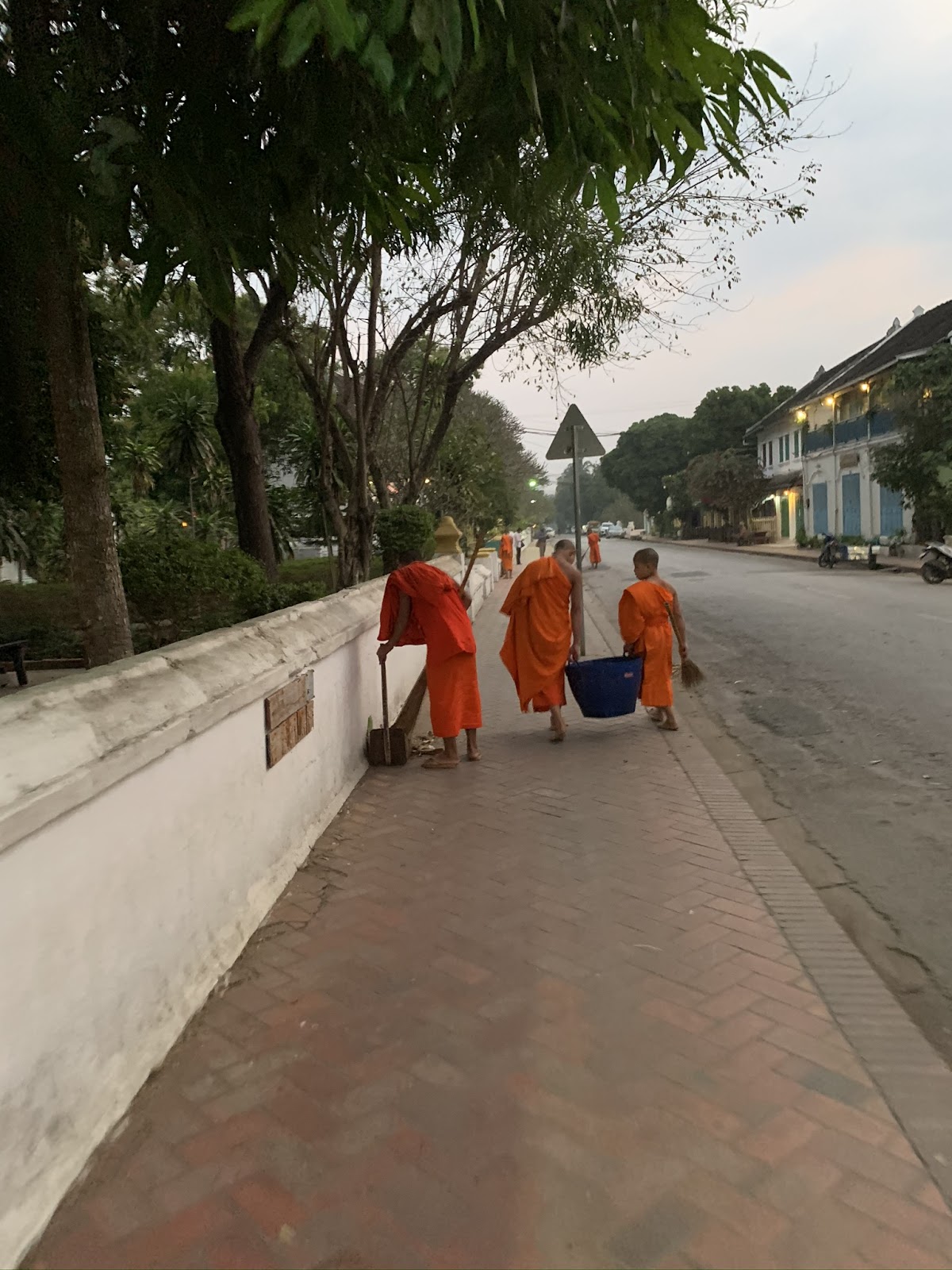 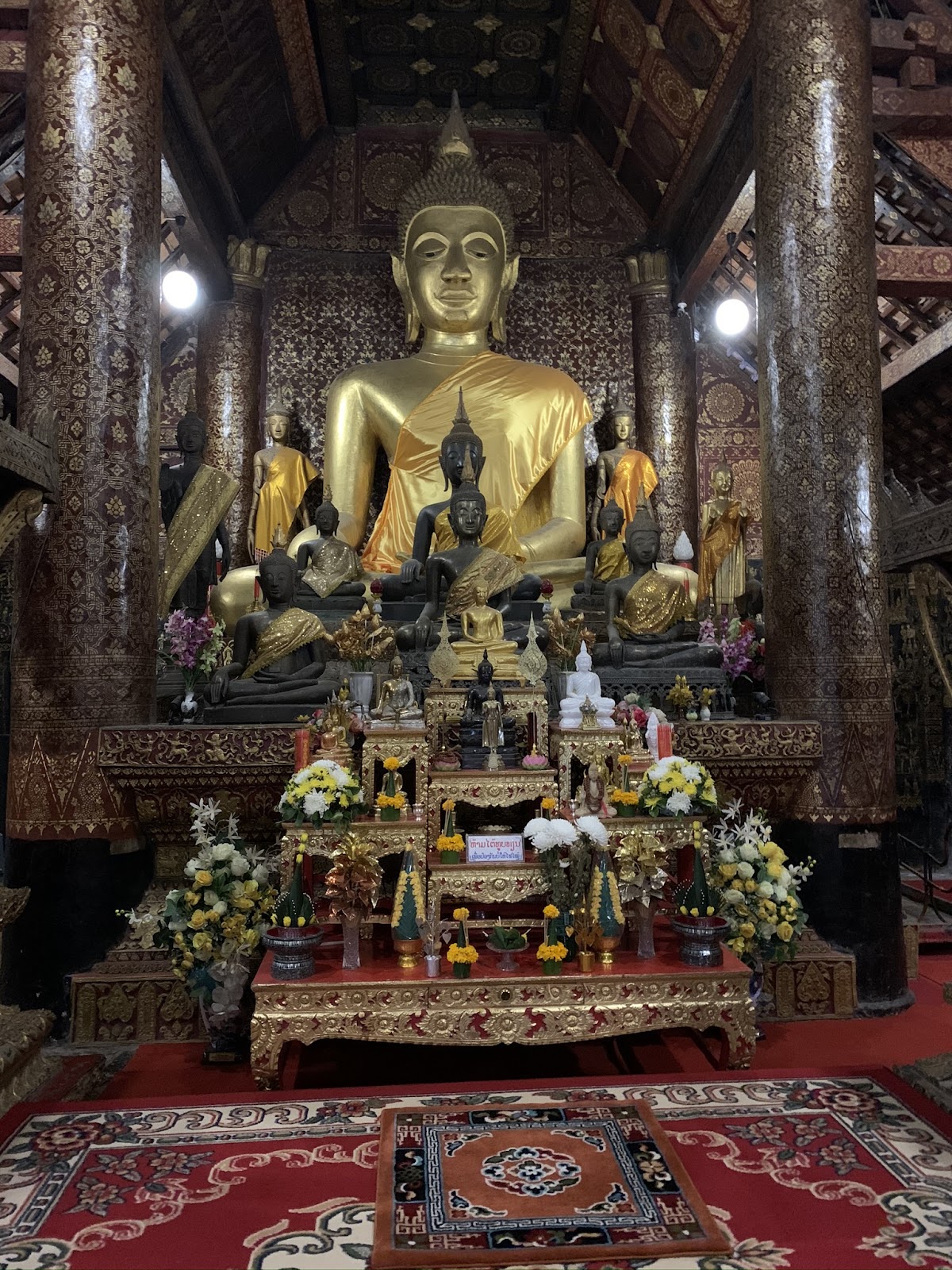 After a great morning, we hop on a plane to get to Phonsavan, leaving our bikes behind (I really loved those bikes). We get to Phonsavan via a better prop plane than I have ever been on in the States, the ride was smooth and this baby makes twice-daily hops between Luang Prabang and Phonsavan. I love seeing people moped-ing around picking up groceries from roadside stands without even getting off the moped. Kids as young as 7 are riding around on their own mopeds, and yes it makes for interesting or non-existent traffic patterns. 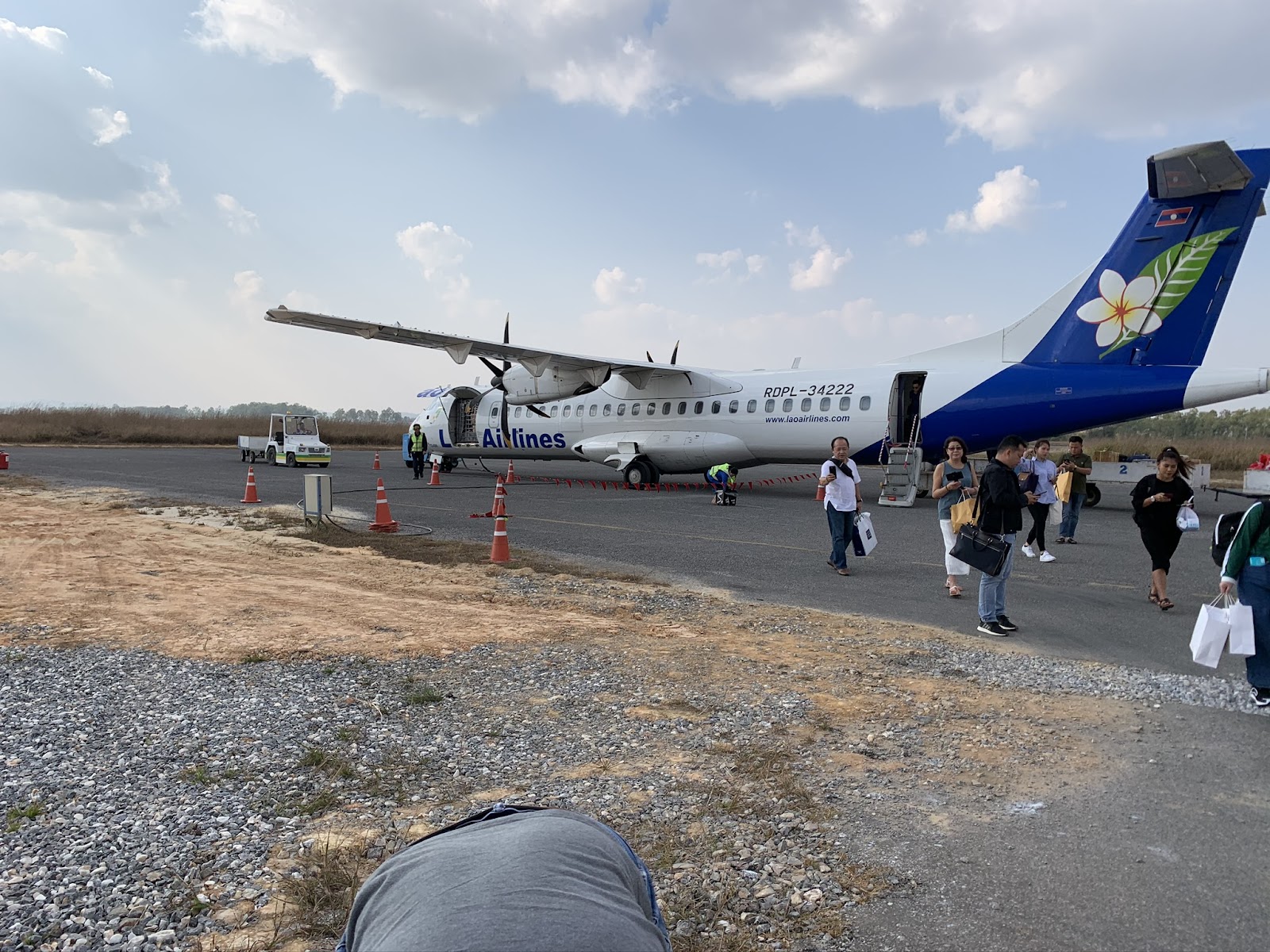 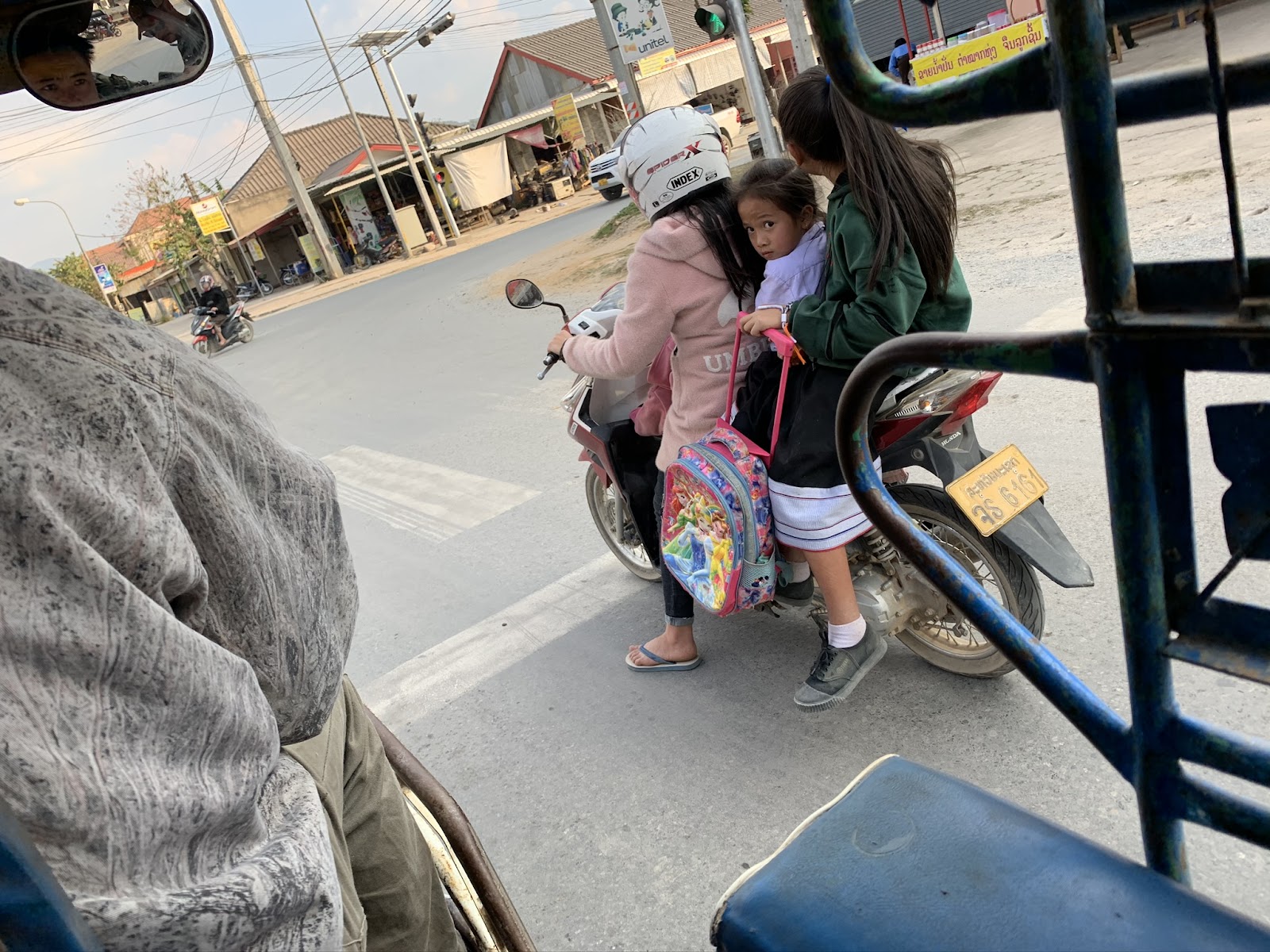 The next day has us visiting the Plain of Jars around the Phonsavan region. The Jars are approximately 1,500 years old and no one really knows what they were used for. Local legend is that giants used them to store beer and I know a few people in Stillwater, OK that would appreciate that theory. Perhaps more likely is that they were burial jars that stored people's remains and any spiritual possessions. These jars are spread out in a bunch of locations around northern Laos and so many of them are broken or destroyed outright from the secret war in Laos. You can see in the photos the bomb craters that are still there some 50 years later. People still die every year from the unexploded ordnance and UXO (unexploded ordnance operations) is a daily job here. 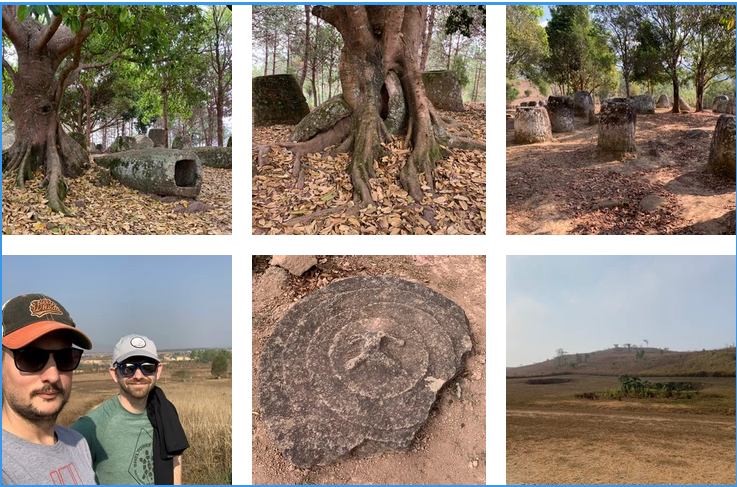 There is an international group MAG that trains and employs local EOD (Explosive Ordnance Disposal) groups that go out and demine and clear areas. Locals can make a request to the groups, typically after they find some "bombies" in their fields or "discover" them when farming. As you may guess this does not always go well when finding these in their fields. I've spoken to a good many adults my age who had friends get hurt or killed playing with these little bomblets that were dropped all over the place. Important to note, Laos is the most heavily bombed per capita place on earth. Nearly every house has some fuel tank, artillery shell, or bomblet in their house or part of their garden. They make tools and spoons out of this metal as in general it is high-quality metal, though retrieving it can be hazardous. 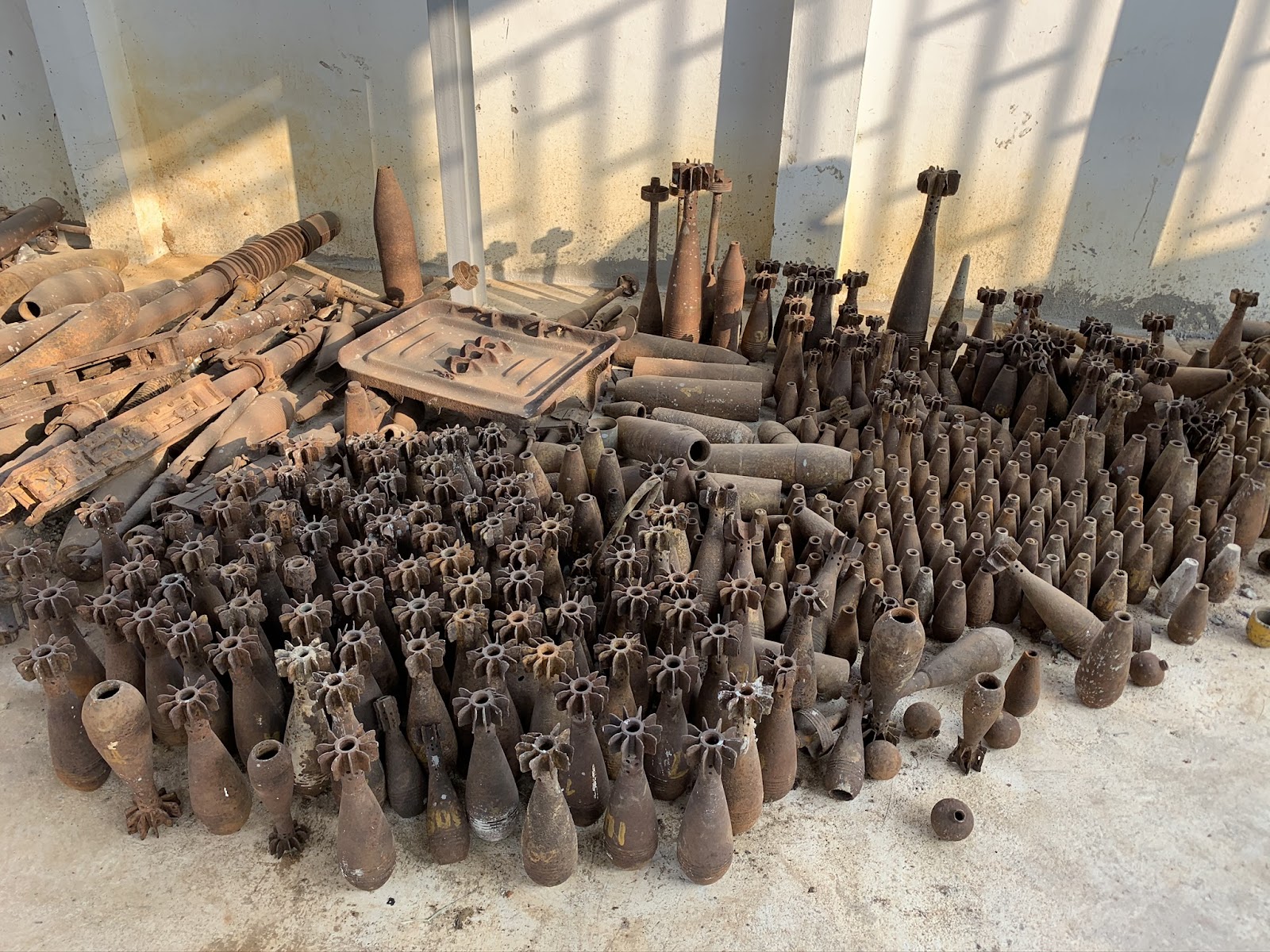 Through work by groups like MAG, the last 10 years or so (check their site for accurate stats) have seen a tremendous decrease in casualties from this secret war. Right now my guest house is at the end of a CIA built runway that the locals turned into the main market for Phonsavan.

Well, the day ends well with a good meal and a good friend, who, tomorrow, will be returning to the United States. Full disclosure I have a small panic attack that night, one of two that I have ever had in my life. The last one was in college when the windows XP library computer decided to destroy my 12-page paper on my floppy disk. I ran to the bathroom, scared the shit out of the cleaning lady, asked her to find help while I threw up in the sink, help never arrived so I just laid on the floor. Not entirely sure what the onset was but traveling with Duffy was a breeze and felt like fun so the prospect of running solo in this strange land just kinda hit me all at once. I got over it fairly quickly, and like anytime I have a major issue in my life, Duffy is sound asleep (remind me to tell the Kilimanjaro story sometime).

The next post is when my work starts, which despite this late post was about 3 weeks ago now and a lot has happened since. Getting internet and time is difficult since I spend much of my time on the motorcycle traveling and doing soil sampling and training.

Use this popup to embed a mailing list sign up form. Alternatively use it as a simple call to action with a link to a product or a page.