Once we start out from Vang Vien, after a quick stop at K-mart. 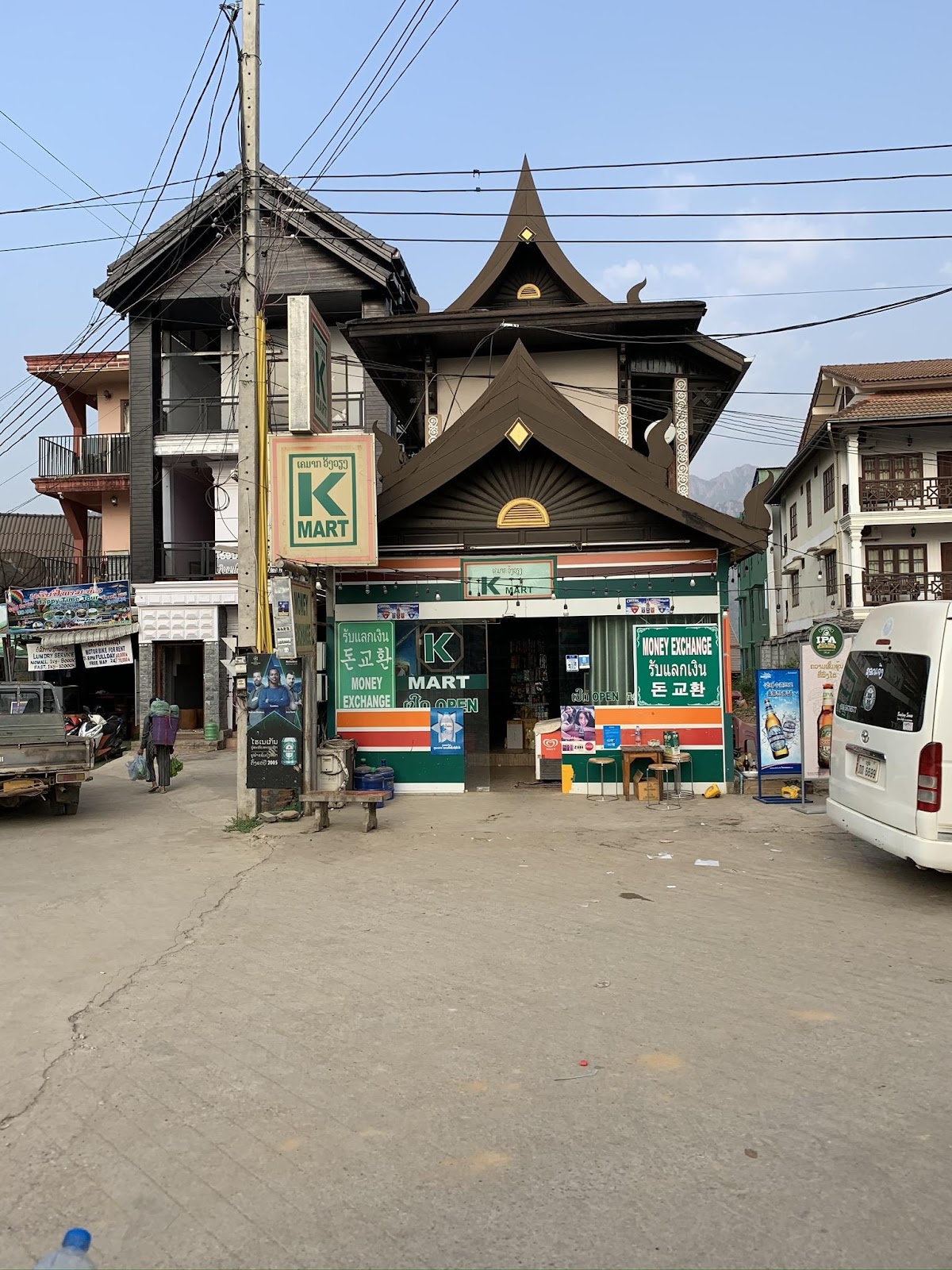 we are met with a fairly decent road up until I decide to take a short cut. Listen, I thought it would be nicer and more scenic, it was one of those things. The main route, road 13, is chock full of construction vehicles as massive development goes forth on a China, Laos, Thailand, rail project along with the normal congestion. In an effort to spare us of this we veer off onto a mountain road from Kasi that promises to take us fairly close to Luang Prabang.

(can you see the dirt trail NW of Kasi, that's it) 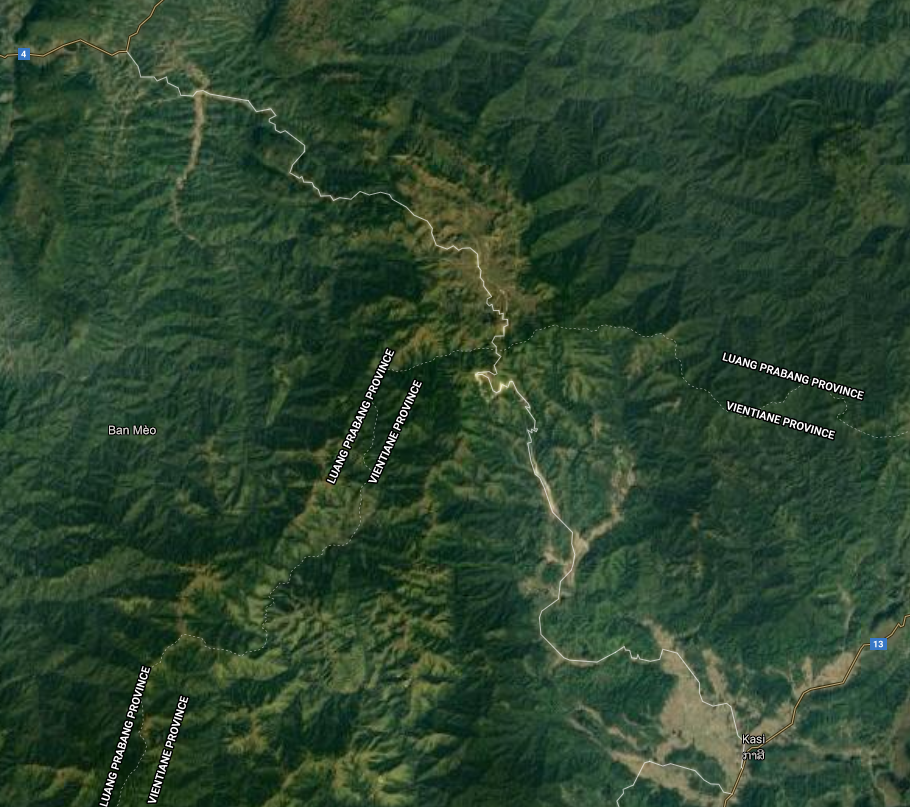 This road starts off fairly well but we soon encounter 18-degree inclines, trucks and eventually, unpaved hairpin turns on narrow roadways. At a few points, Duffy stalls out while making a turn following a truck going 5mph up a steep incline. Every now and then I find myself looking back, not seeing Duffy, and considering the talk, I would have to give to his family. The worst was the few occasions that we found ourselves on the unsteady ground completely blinded by dust from unknown vehicles ahead making steep turns with vehicles behind us. It is something else to be able to only see a few feet around you, trying to stay on an actual road, and controlling throttle and clutch while spinning out on soupy dirt, trying to find traction. Somehow we made it through all this and despite perhaps the idiocy of attempting this route I frankly look back on it fondly. Duffy did amazing and performed perhaps the best when things were the worst. Fortunately, the worst of these turns were not many and we eventually find ourselves on a good paved road and a gas station.

Though I didn't take a picture of this, we were met at this gas station by about 30 Chinese on a tour bus. All the men surrounded us and our bikes, gesturing questions about the bikes that we had no way to answer, but they are quite nice if not overbearing in the examinations. I tell Duffy this is the most famous I will ever be and to make sure we pull out of there in style, with this said we push off and make the rest of the journey to Luang Prabang in good order. 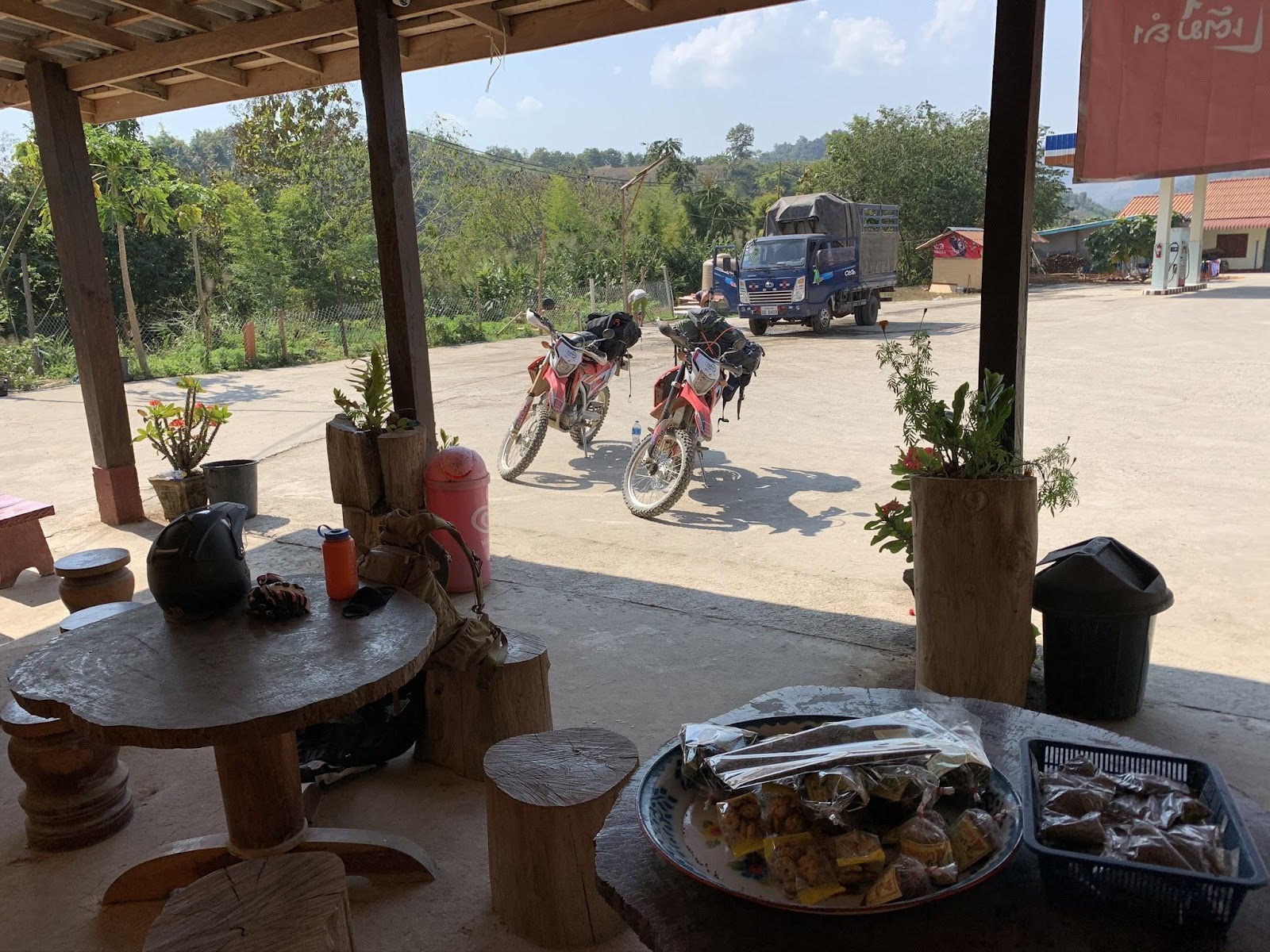 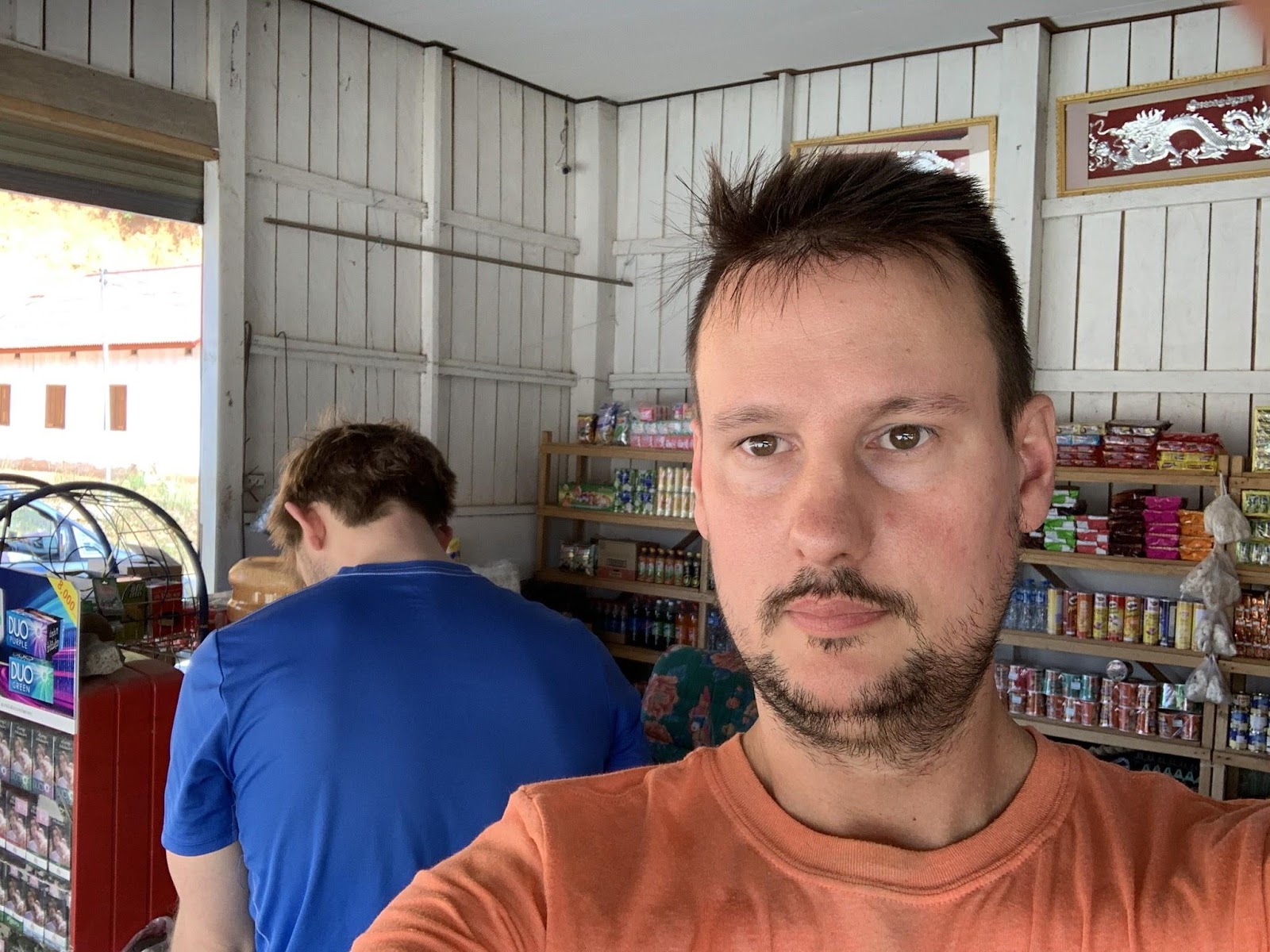 Making it there we find a relative paradise. Our steeds safely parked we happily depart them, check in to a nice guest house, and snag an early dinner while exploring Luang Prabang. This amazing city (well part of it) sits on a peninsula between two rivers, the Mekong River and Nam Khan river. There are rivers boats, riverside cafes, and forested hills across the rivers. I'd go back anytime. 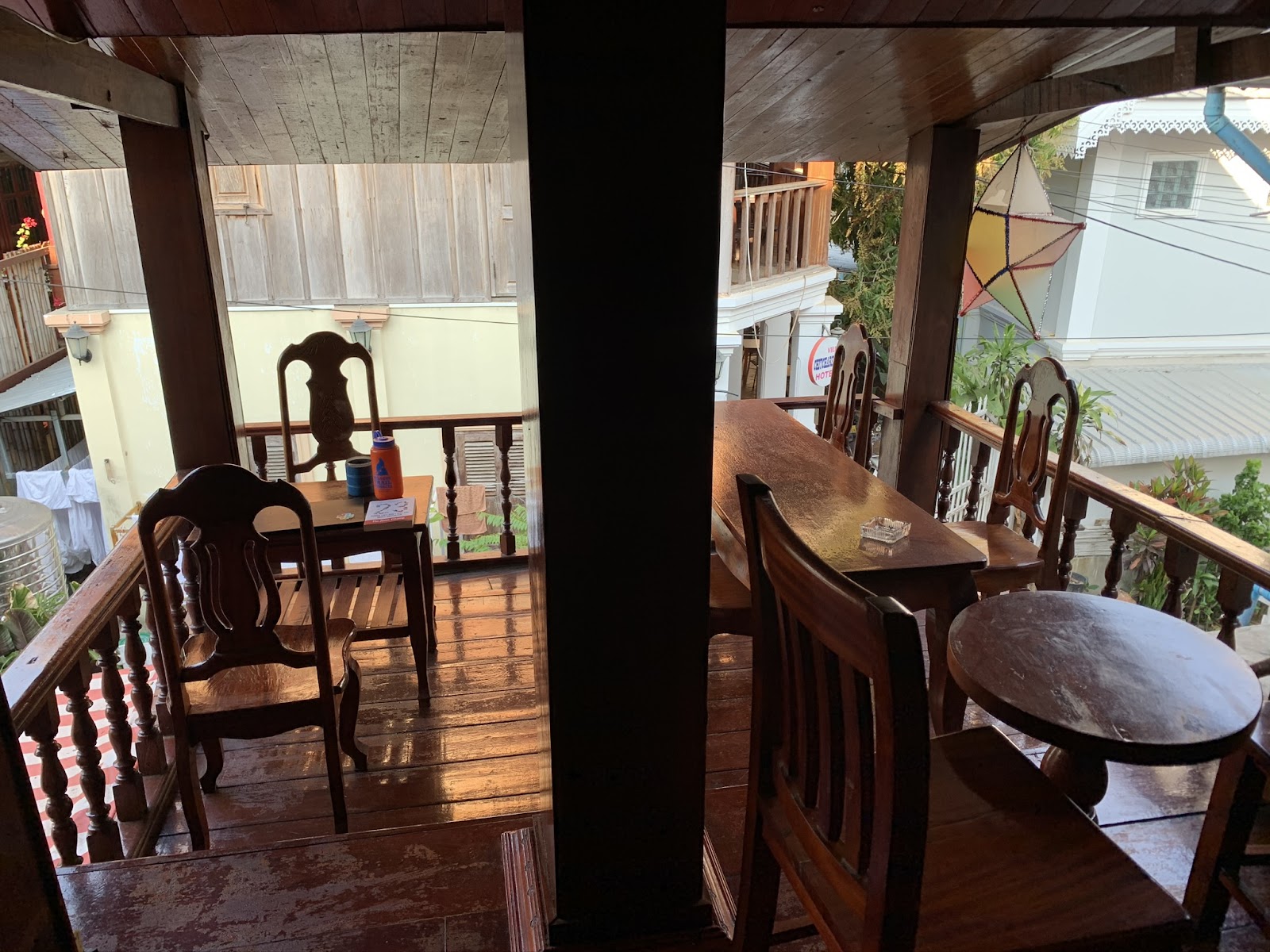 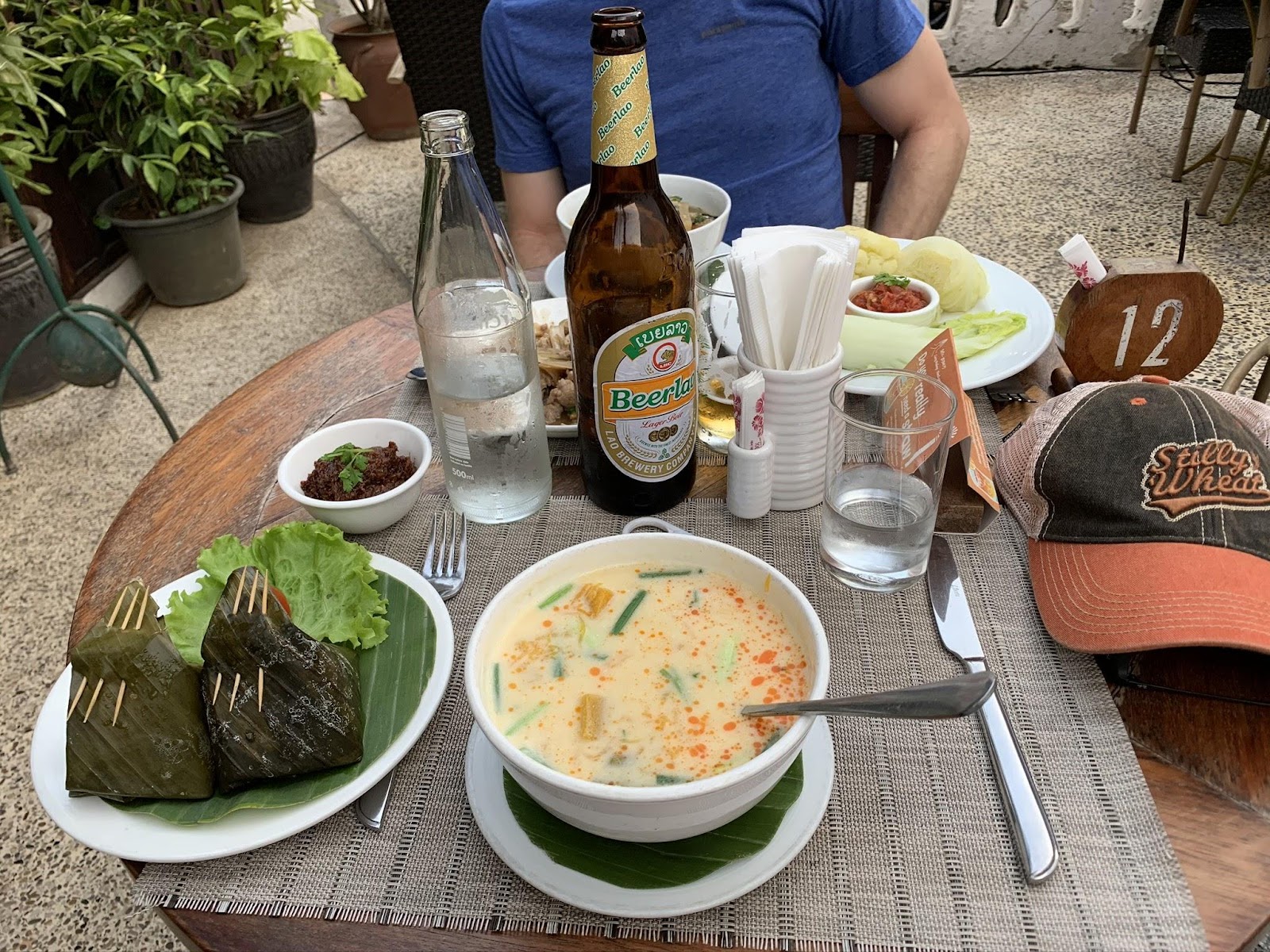 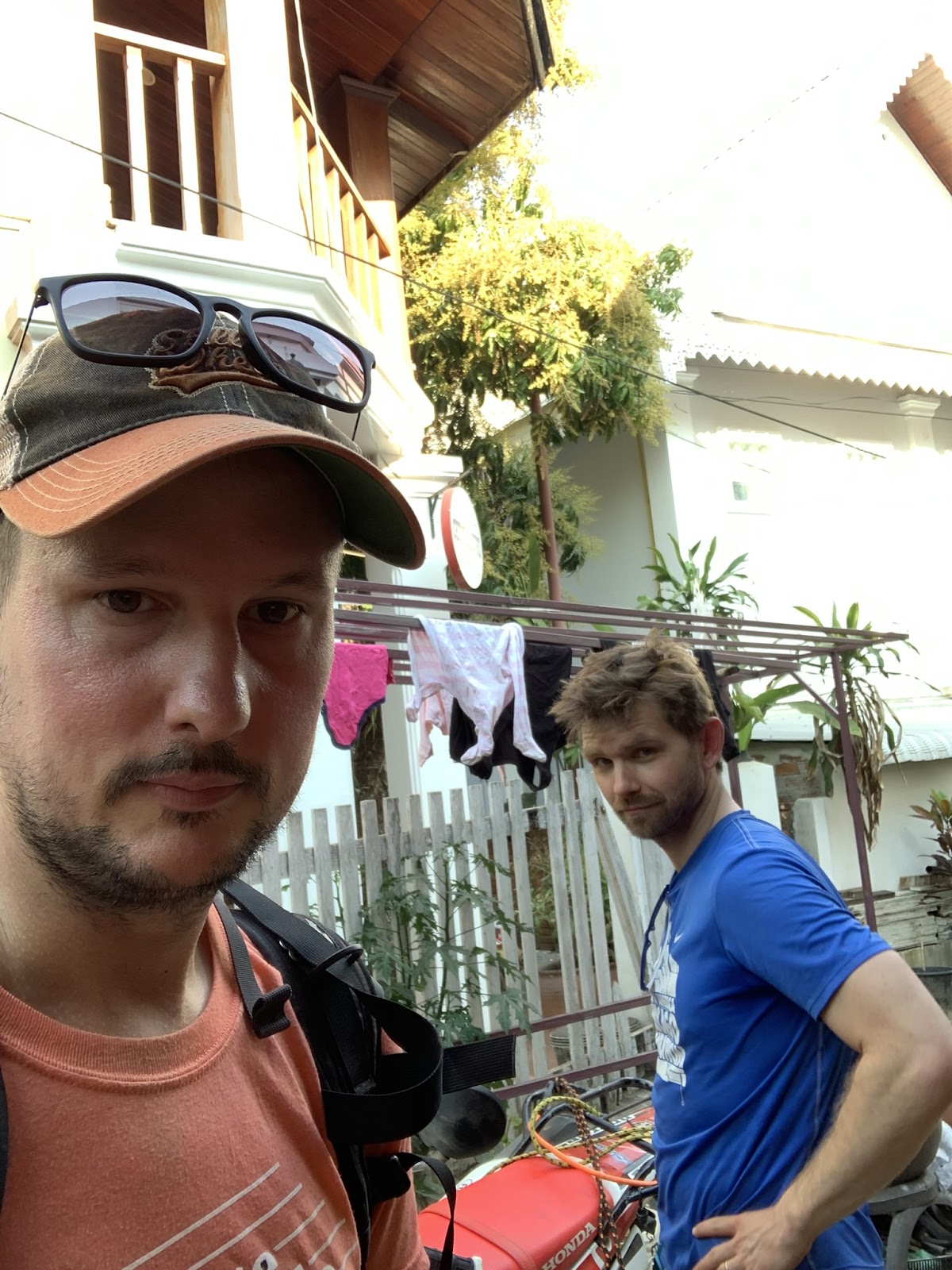 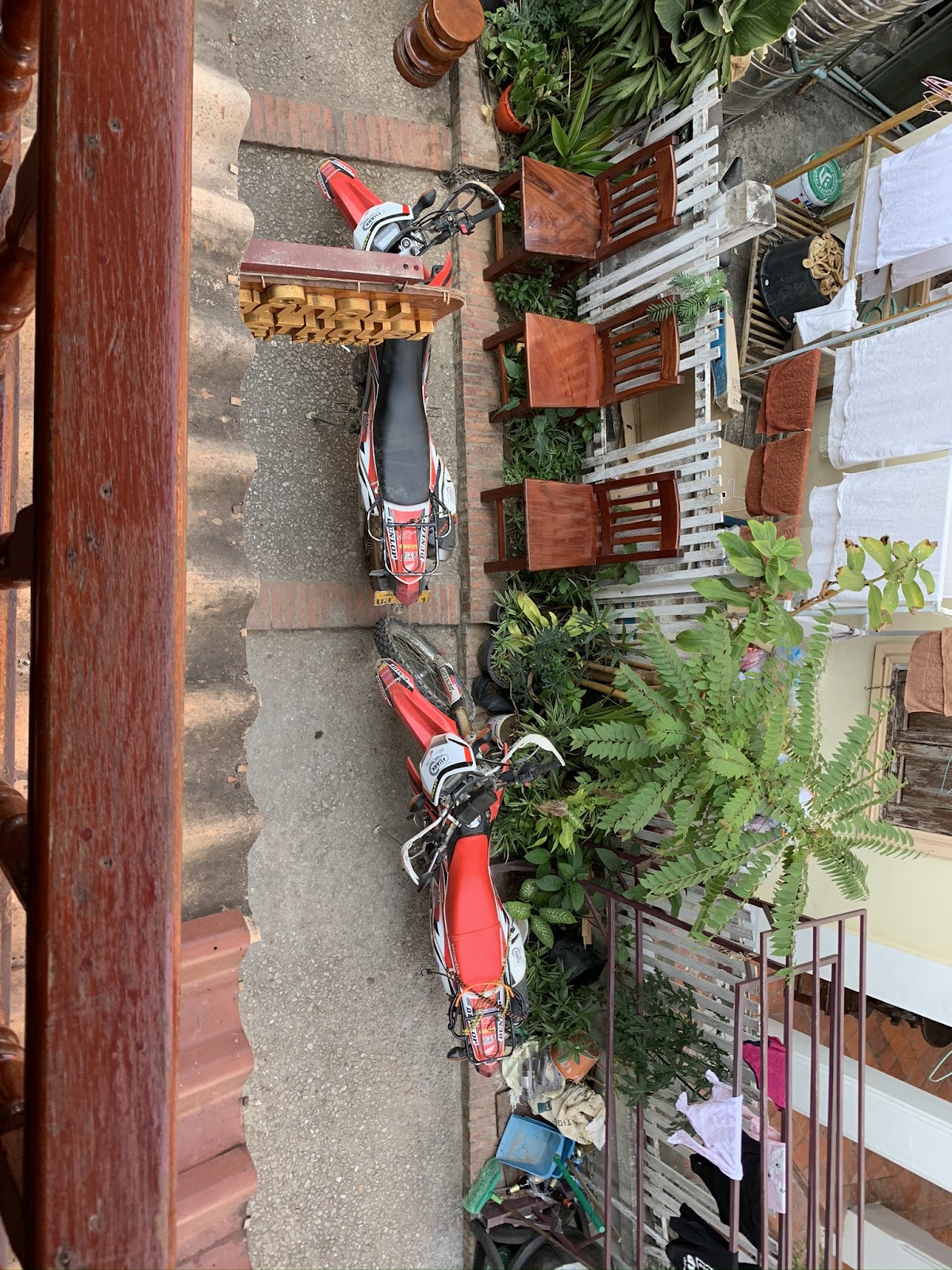 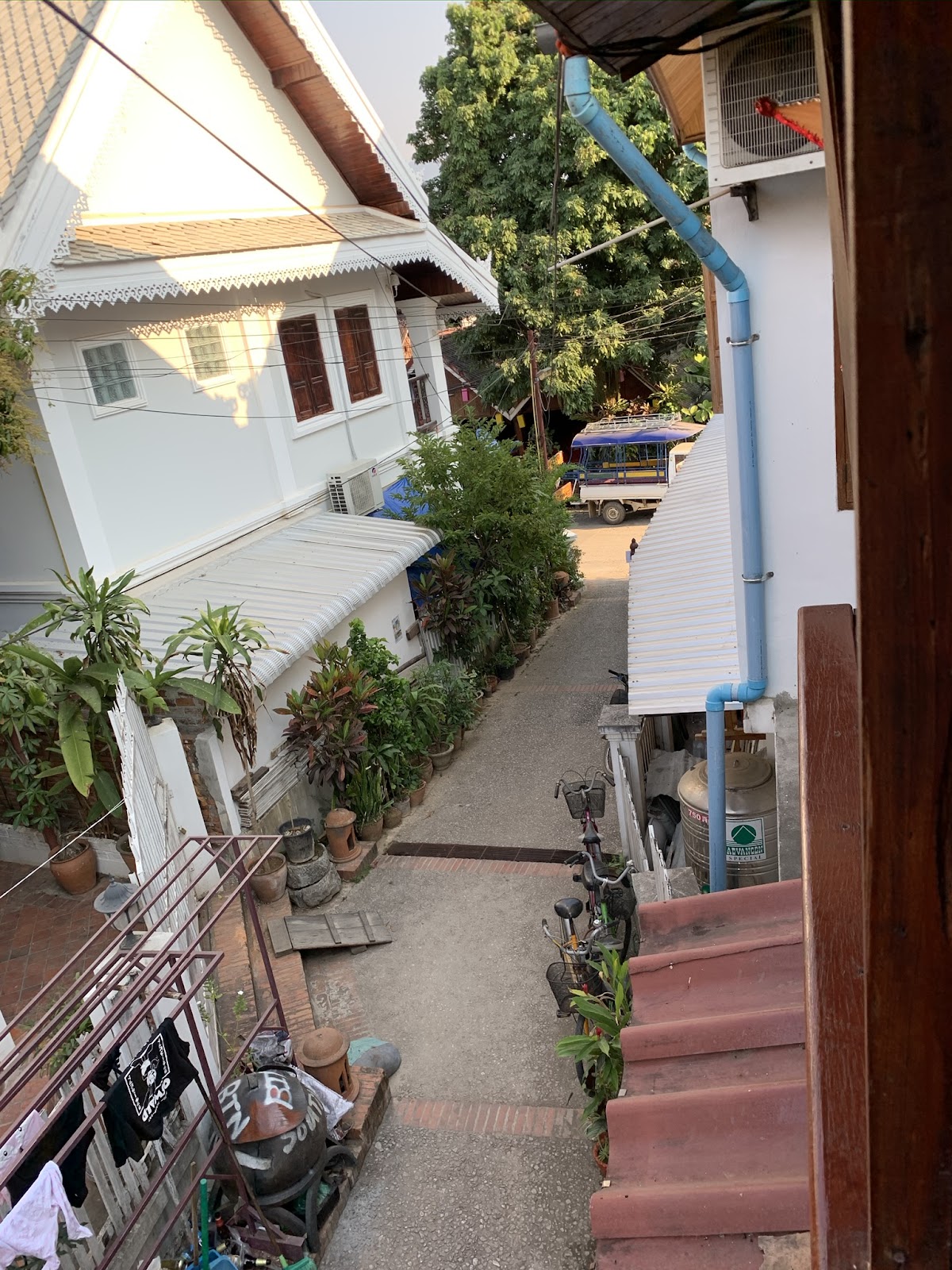 We explore a bit more and discover an awesome floating bridge that crosses the Nam Khon. Apparently a family builds the bridge every year as it gets taken away by the annual rains that flood the region. They charge a small fee to cross and it takes you to the other side where one of my favorite restaurants on earth exists. Also creepy Buddhist cat thing. 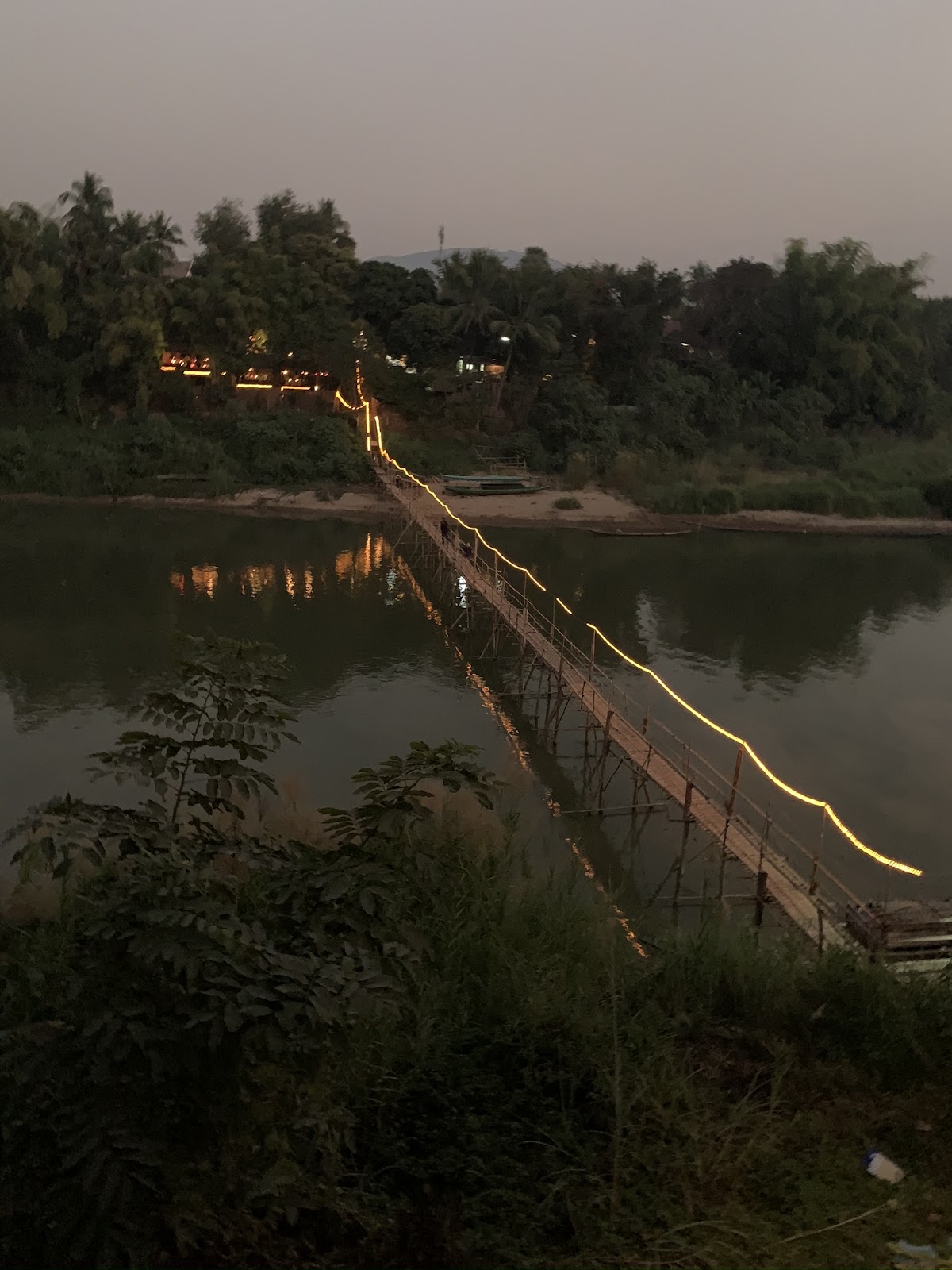 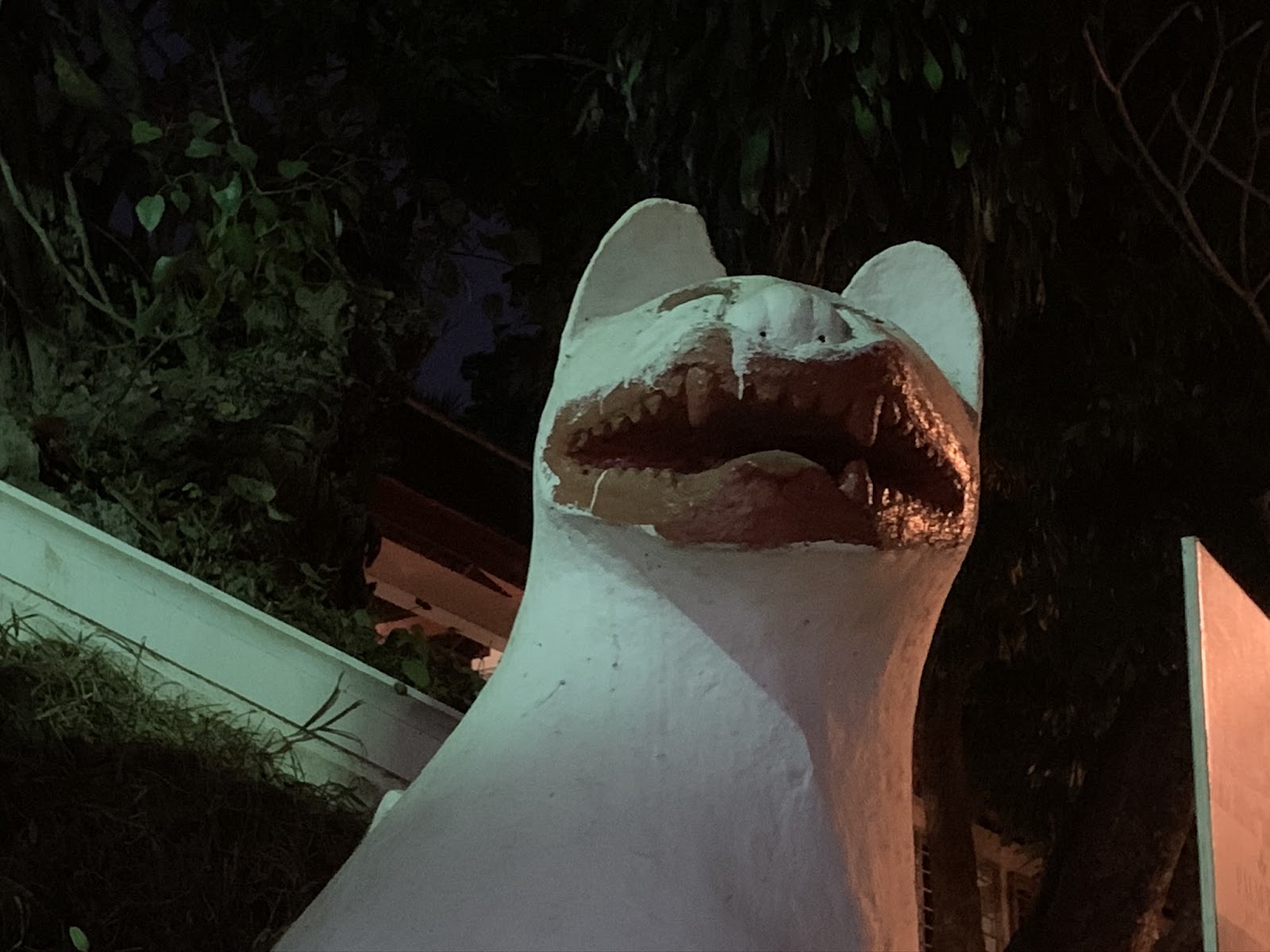 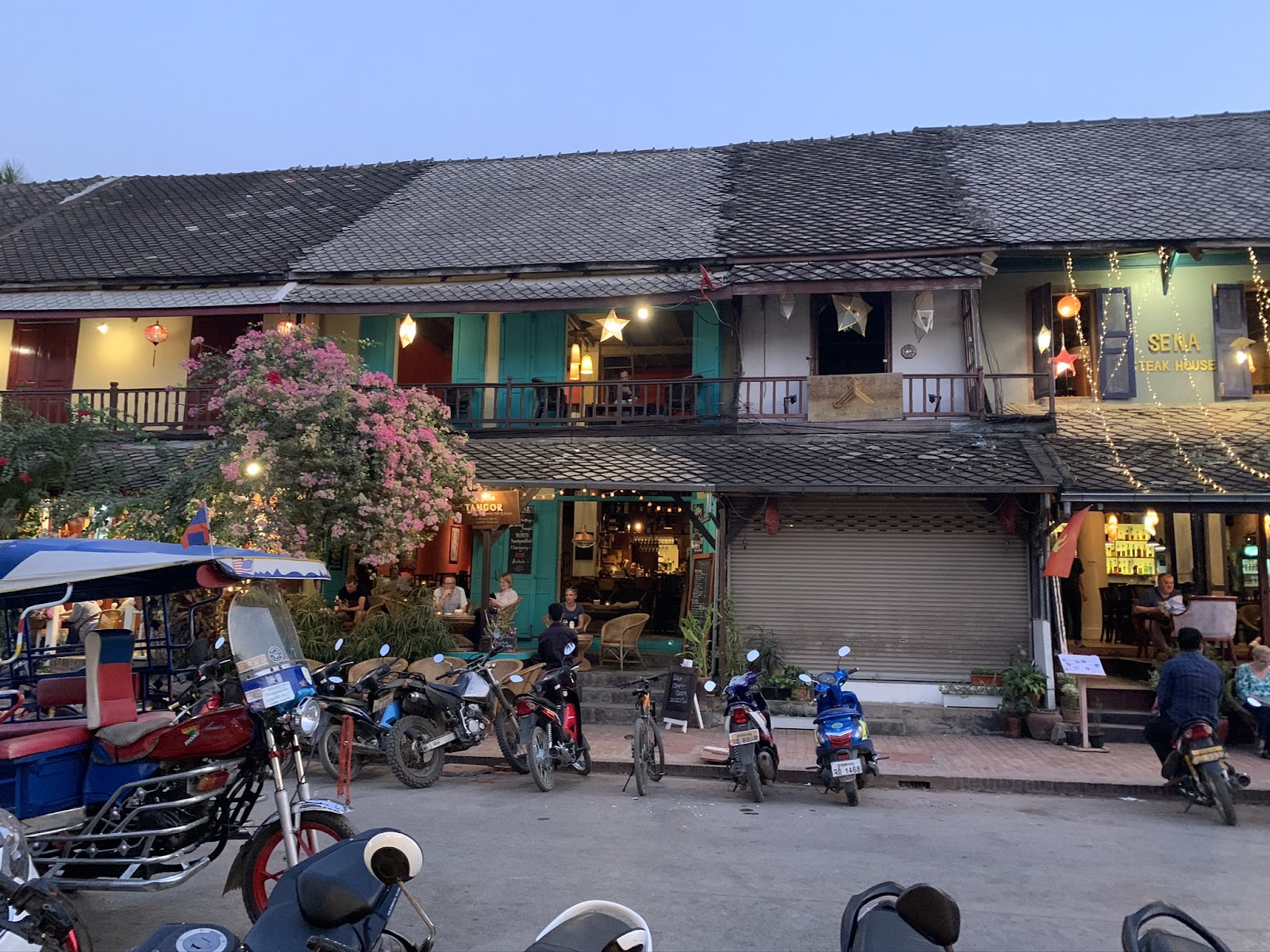 The following day we explore the city market in the morning, eat with the locals, and get back on the bikes to find some waterfalls. The waterfall area is fairly popular and there is a Lao bear rescue center there as well. They save bears from poachers traps and cages. Much of the poaching goes towards capturing and using them for traditional medicines. 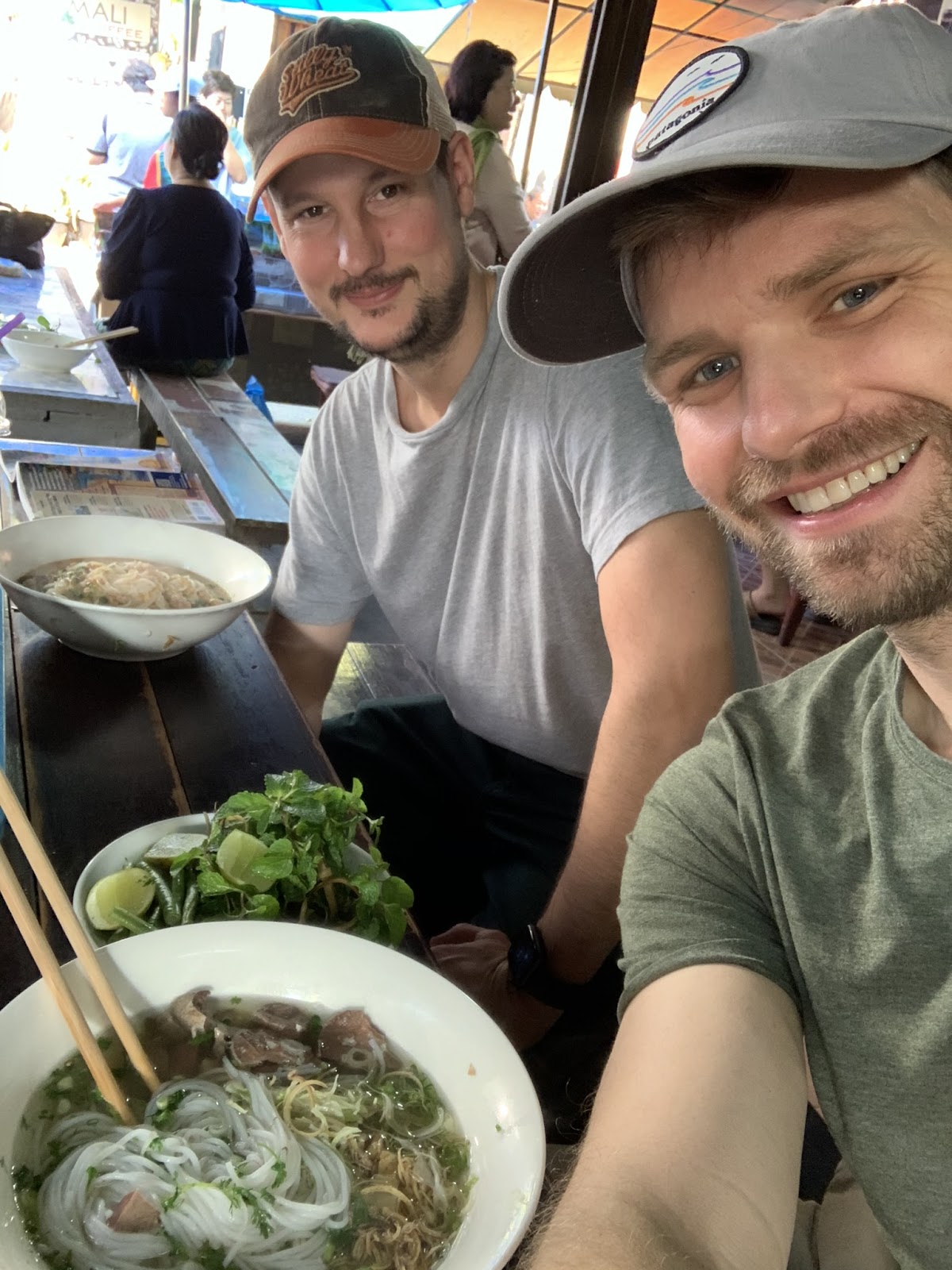 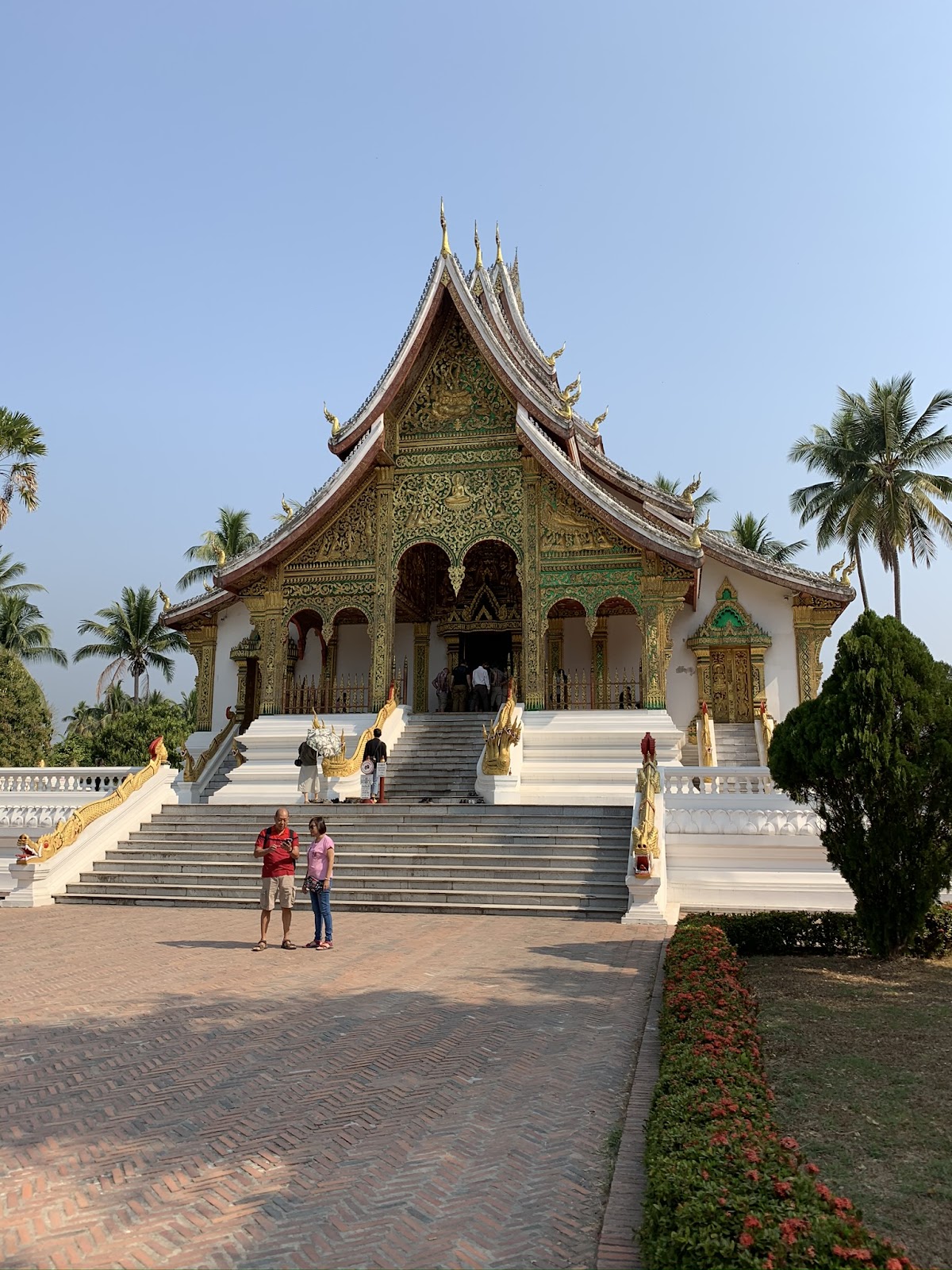 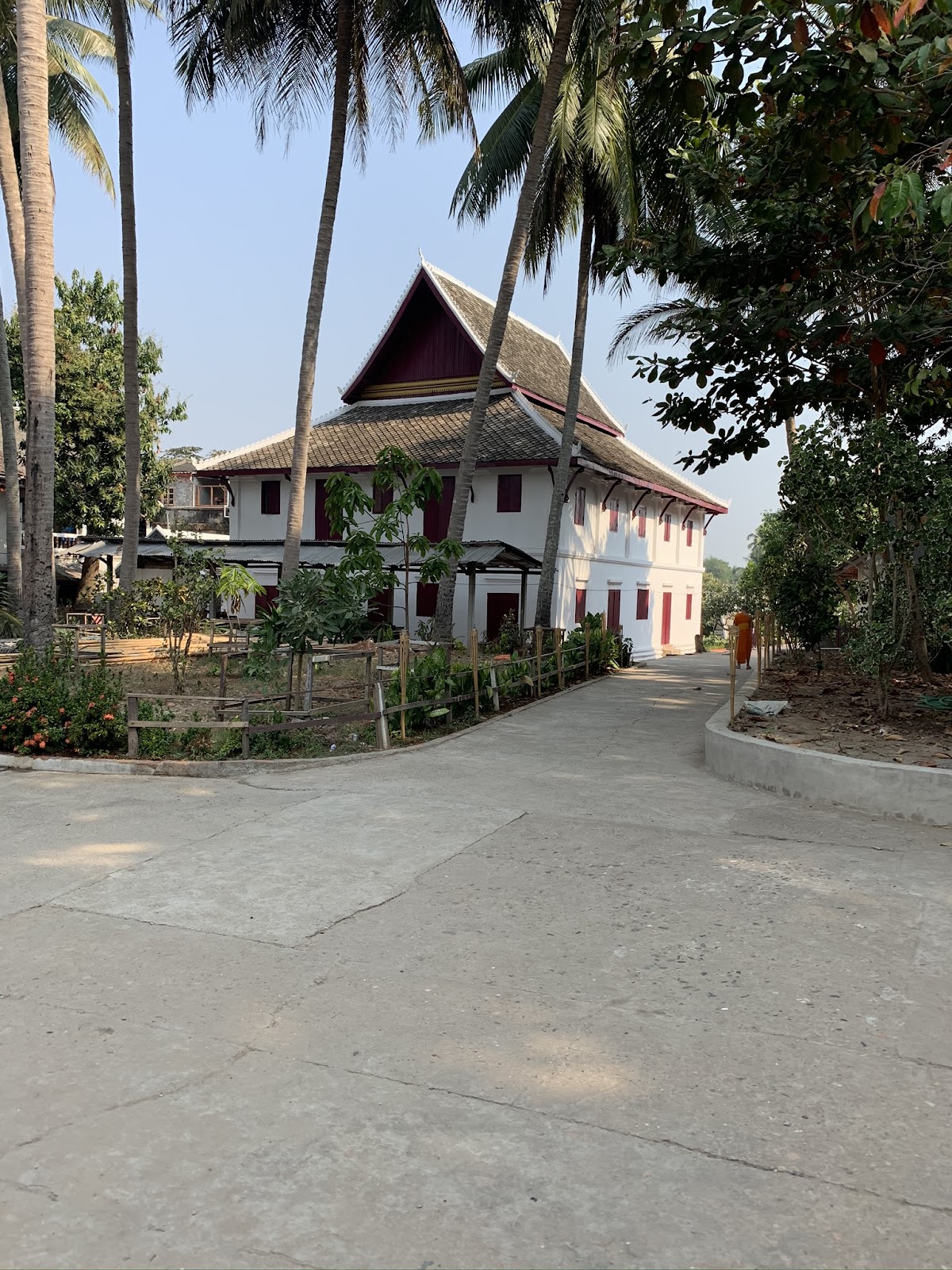 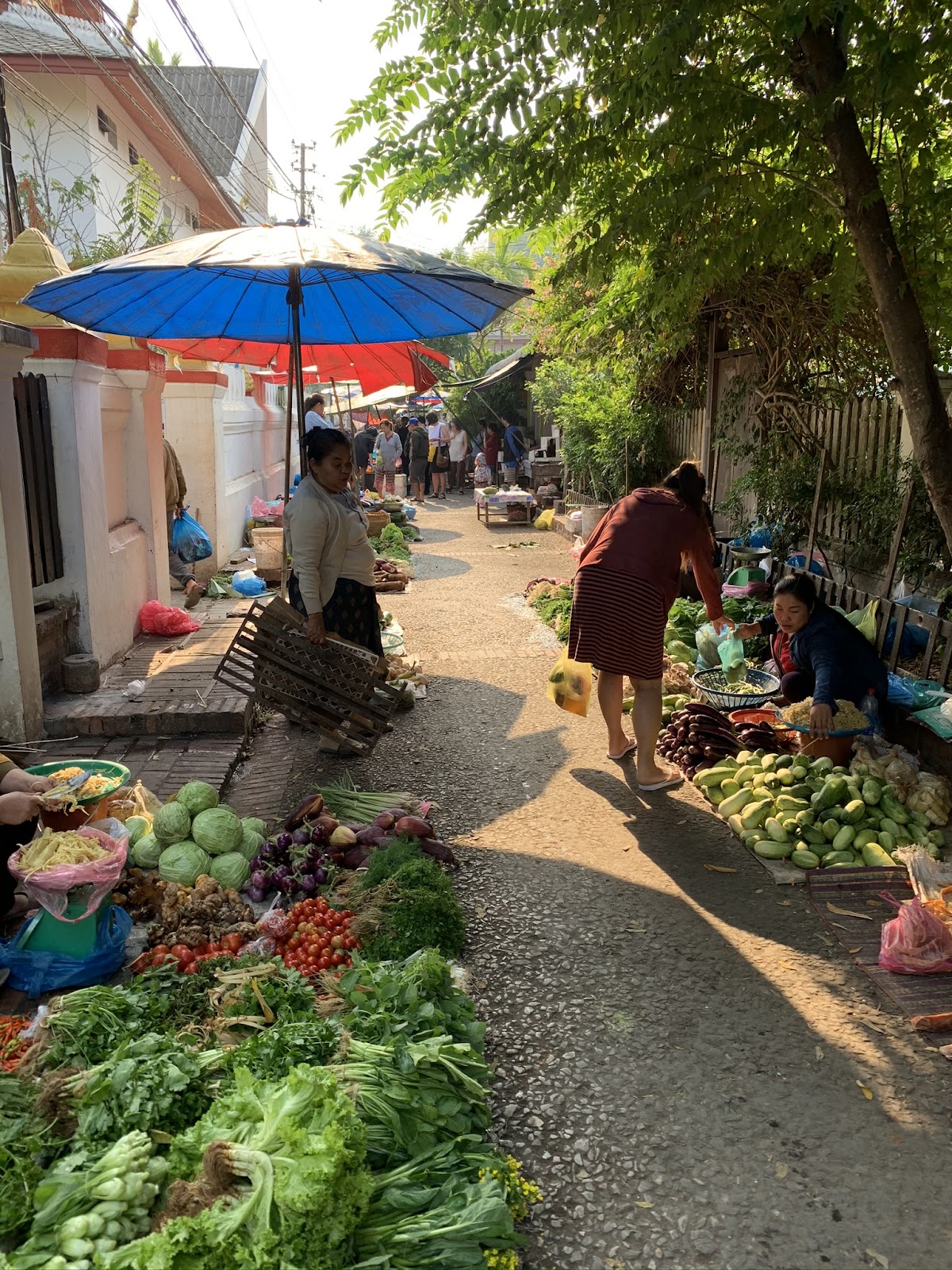 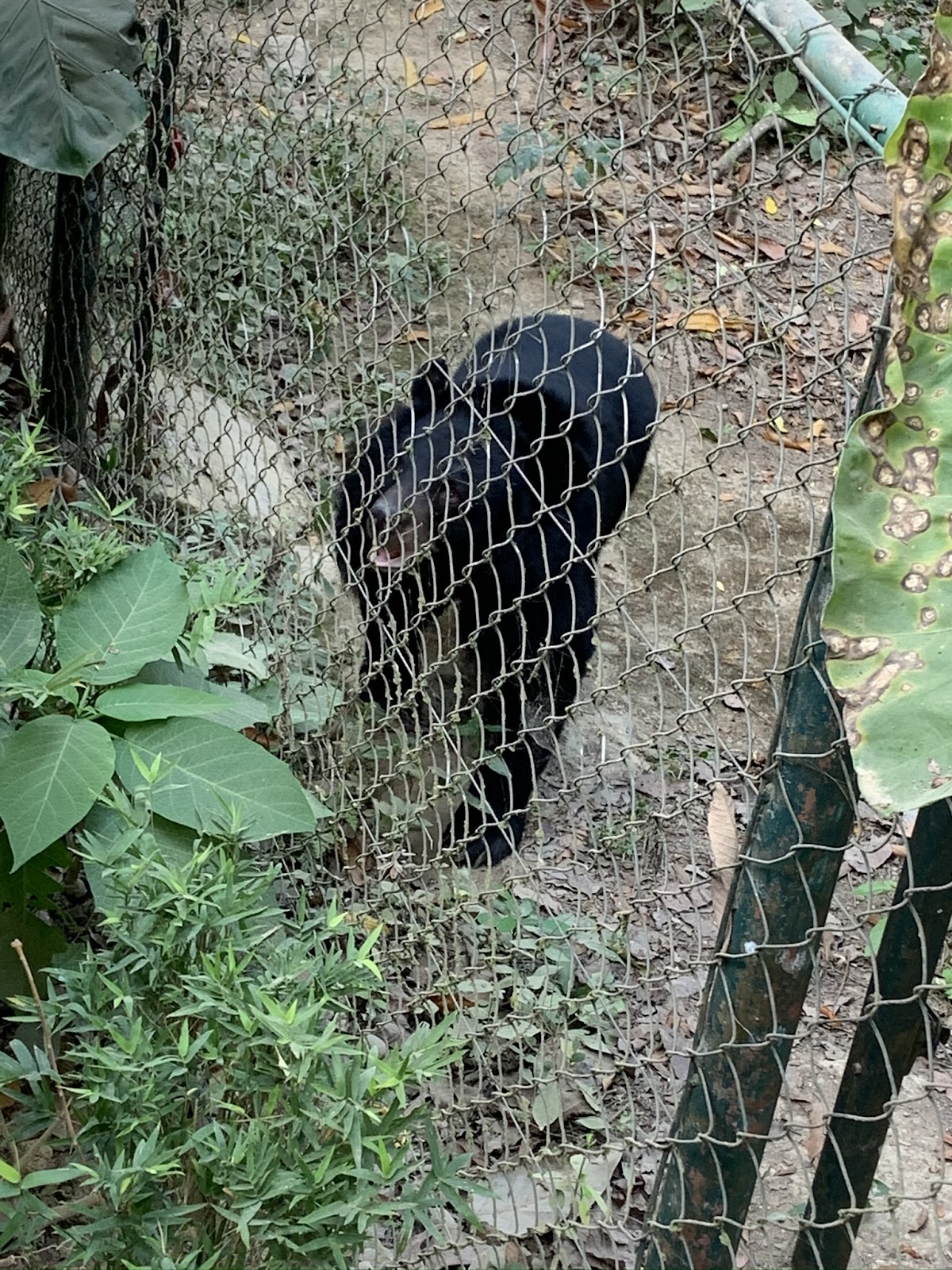 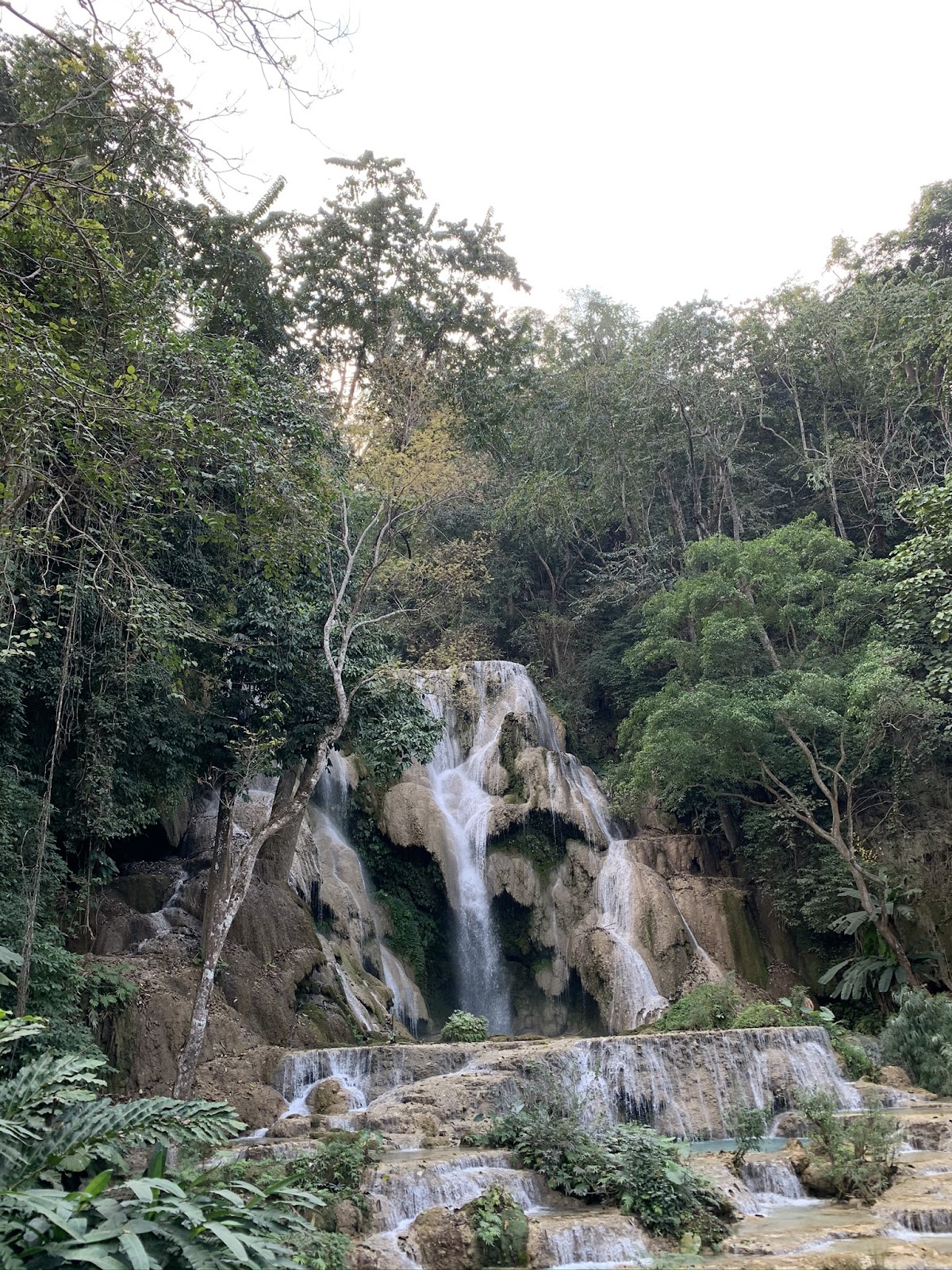 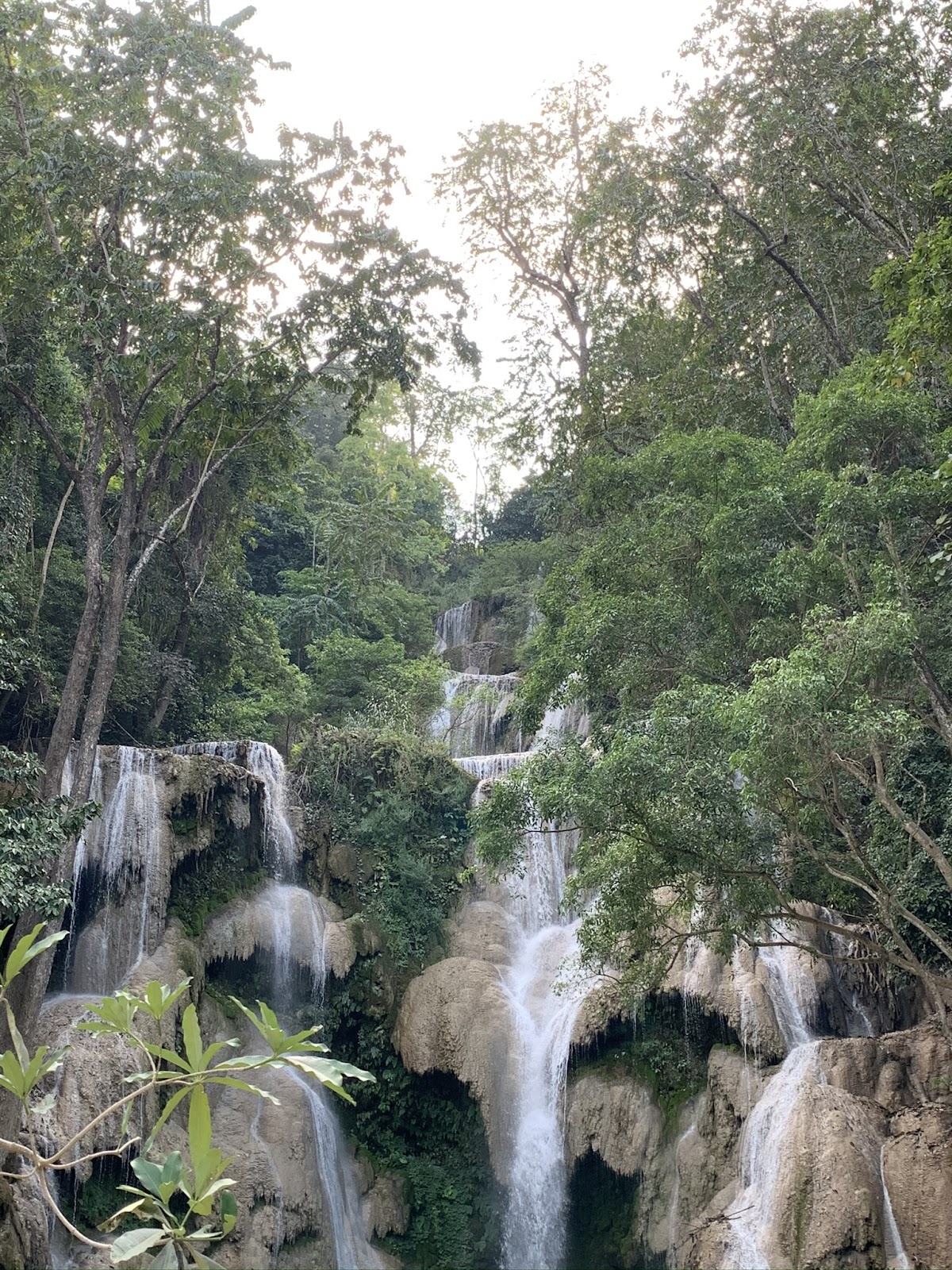 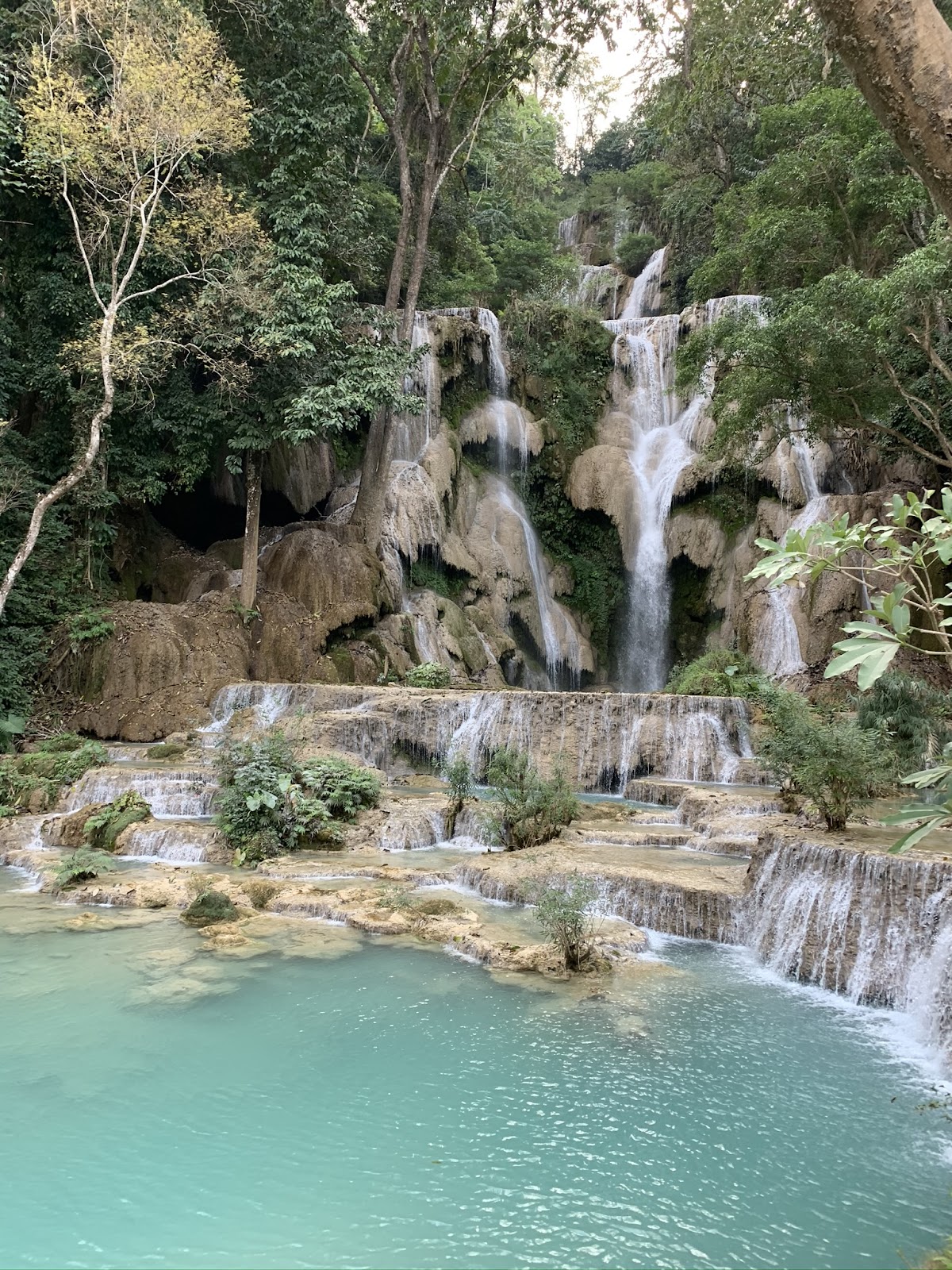 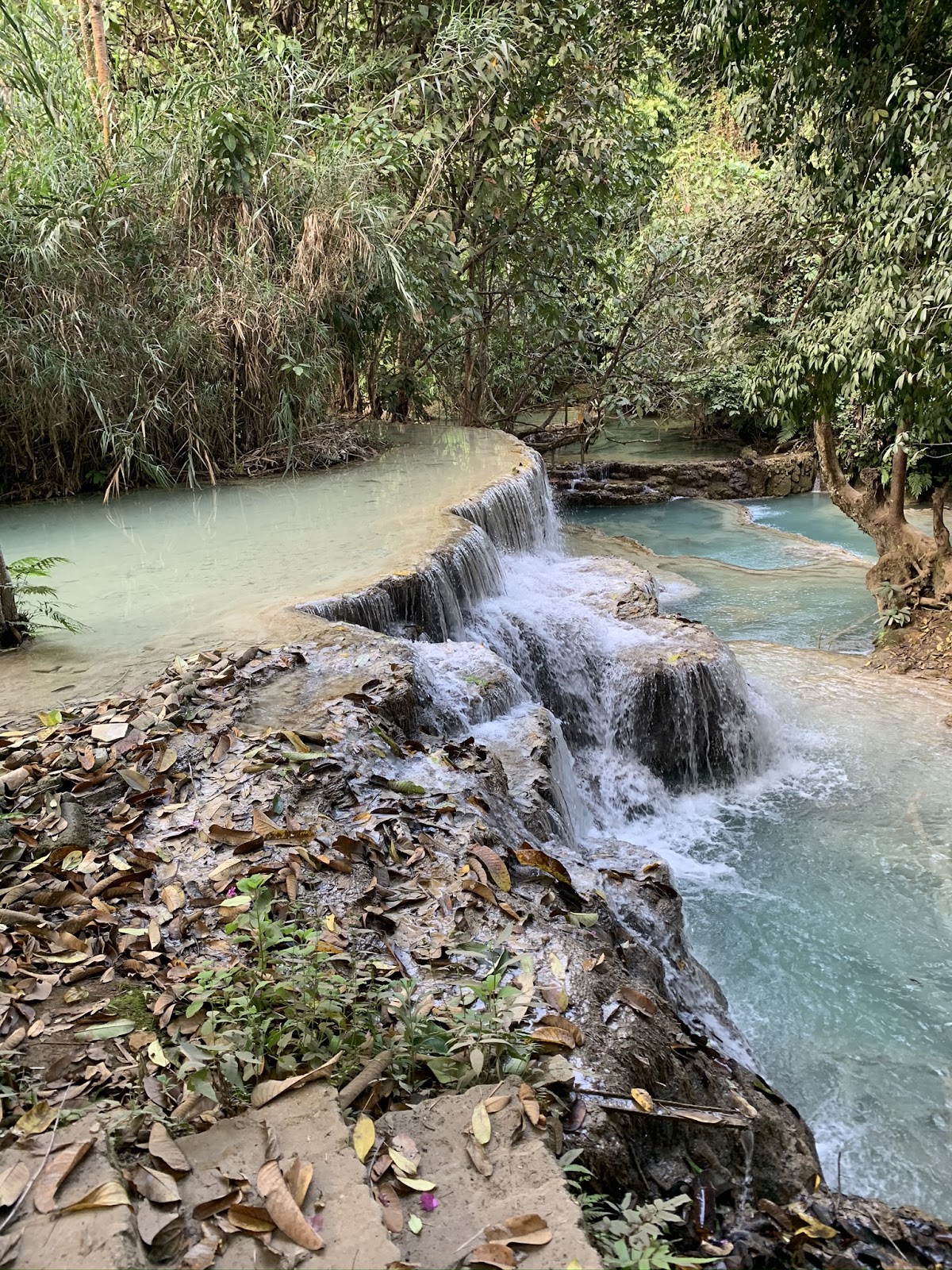 That evening we climb Phousi hill, in the middle of Luang Prabang, to watch the sunset. Then off to dinner across the floating bridge to conclude a busy and awesome day. I'll let the photos speak for themselves. 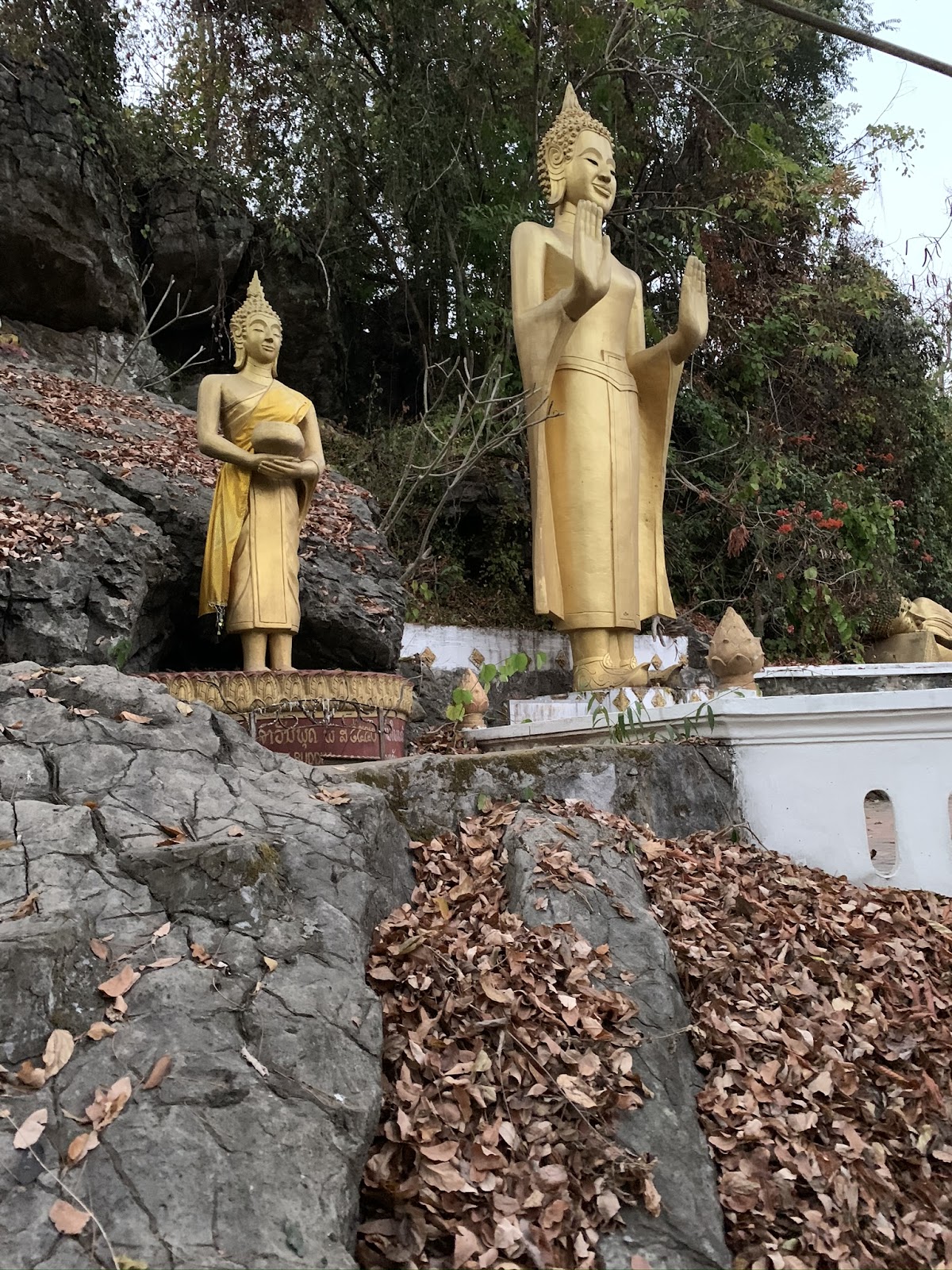 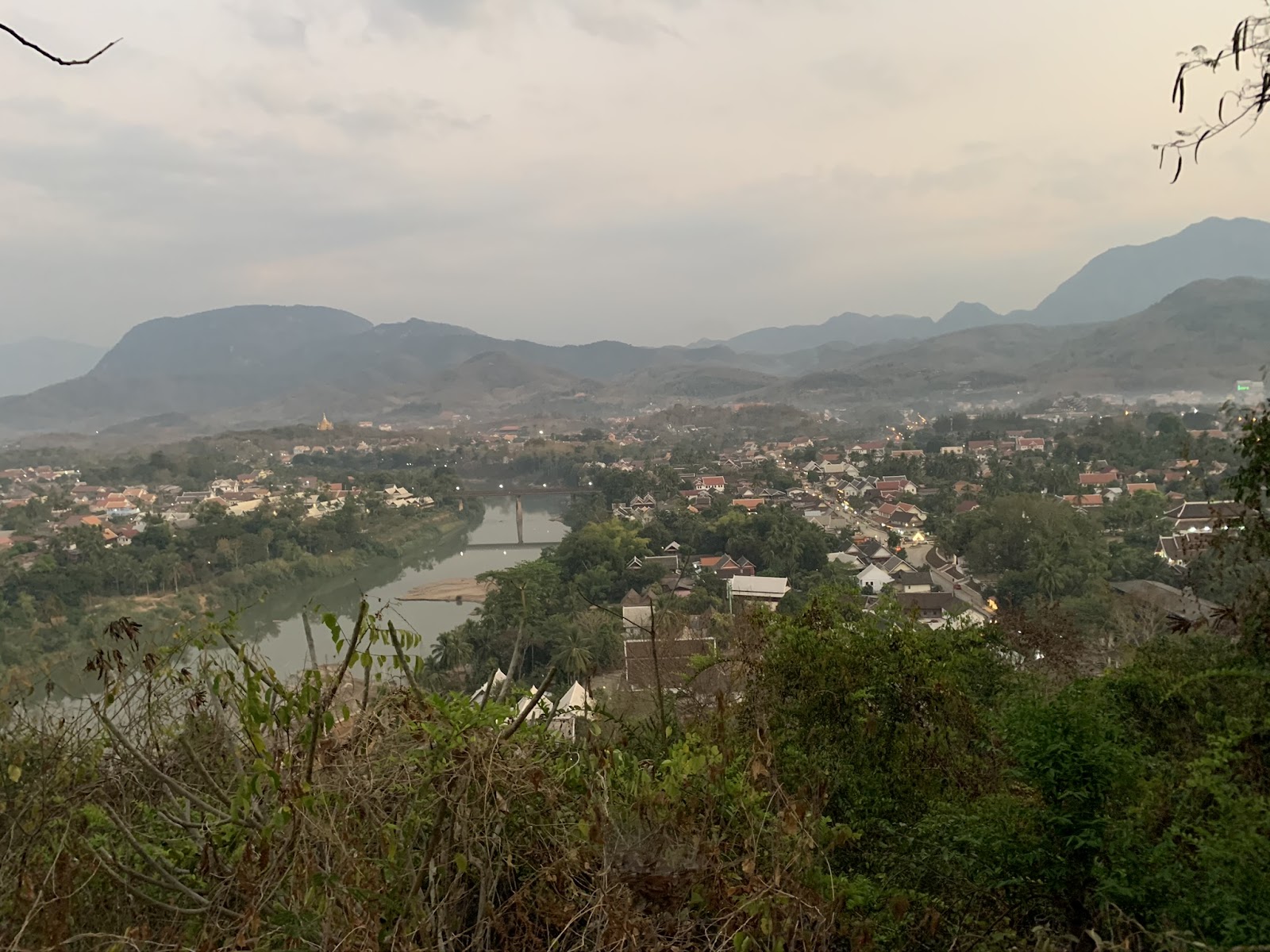 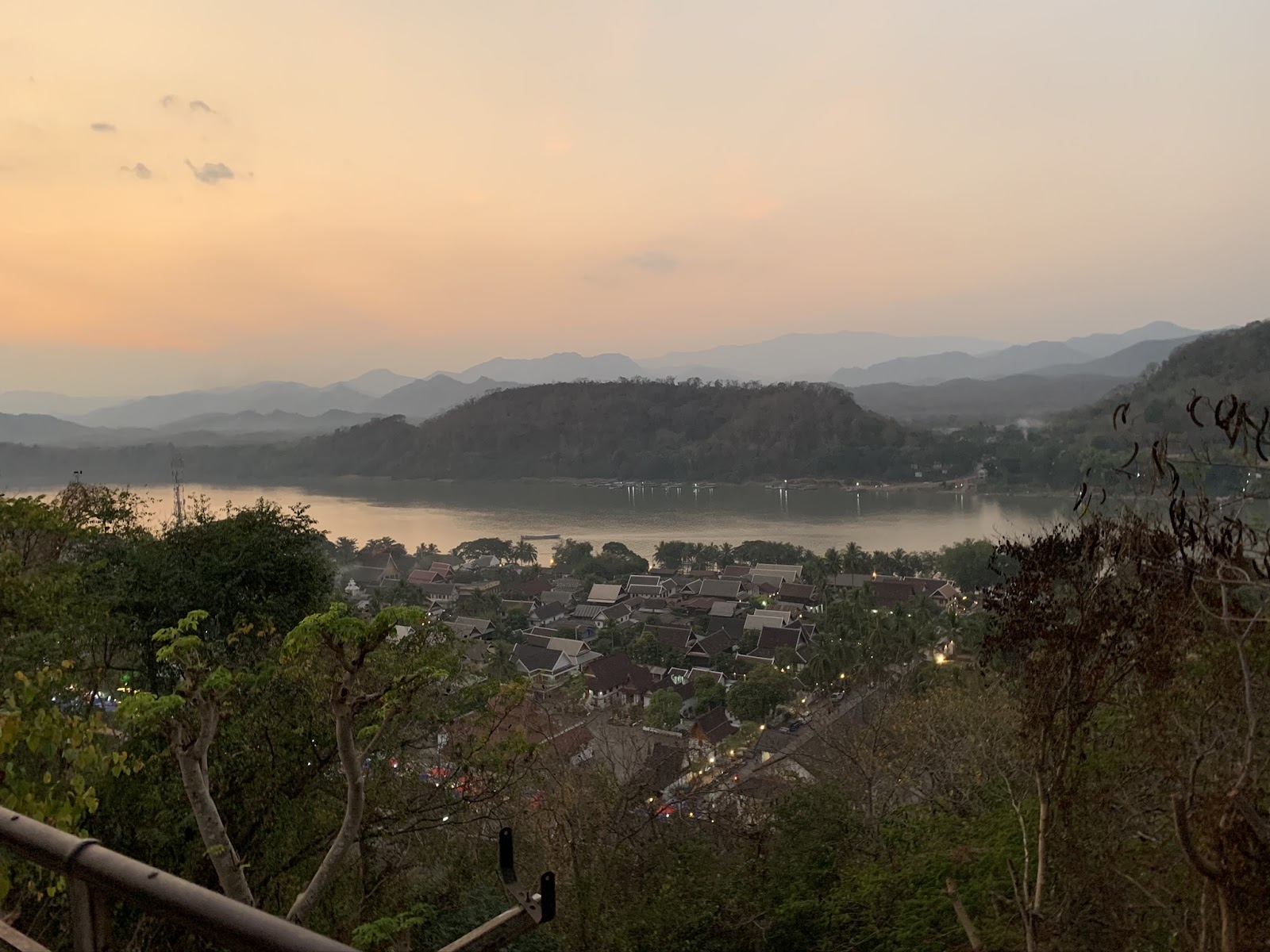 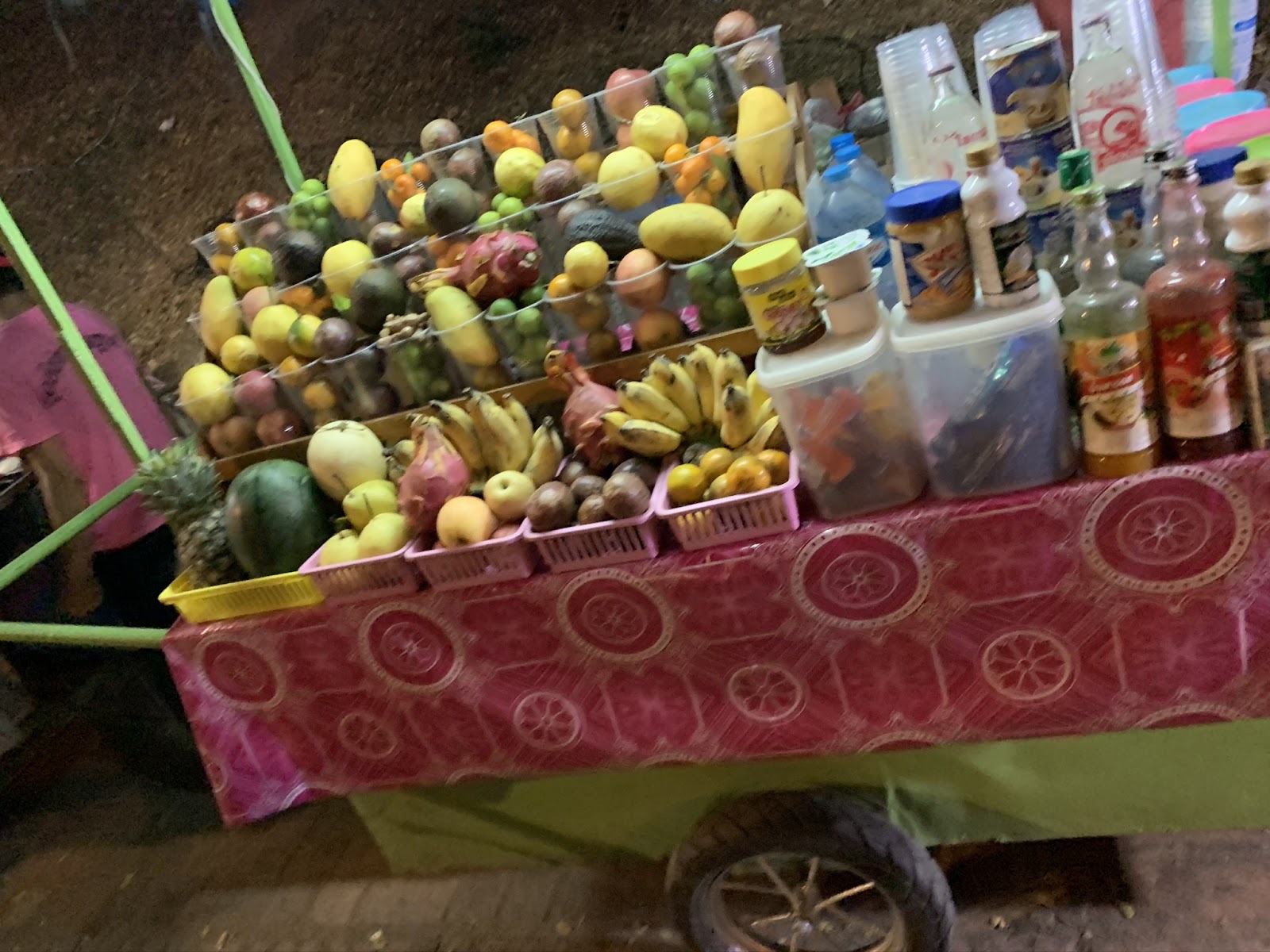 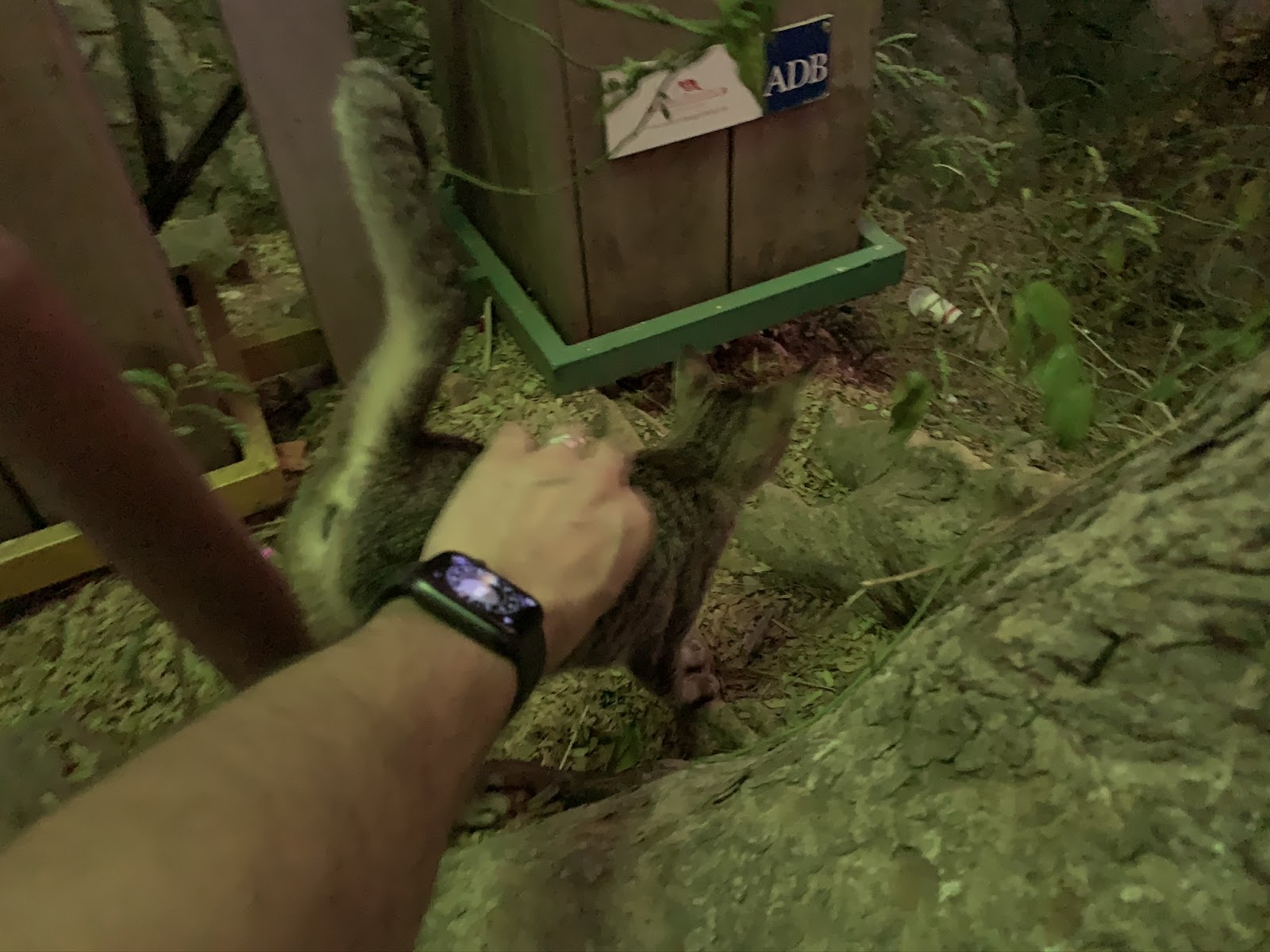 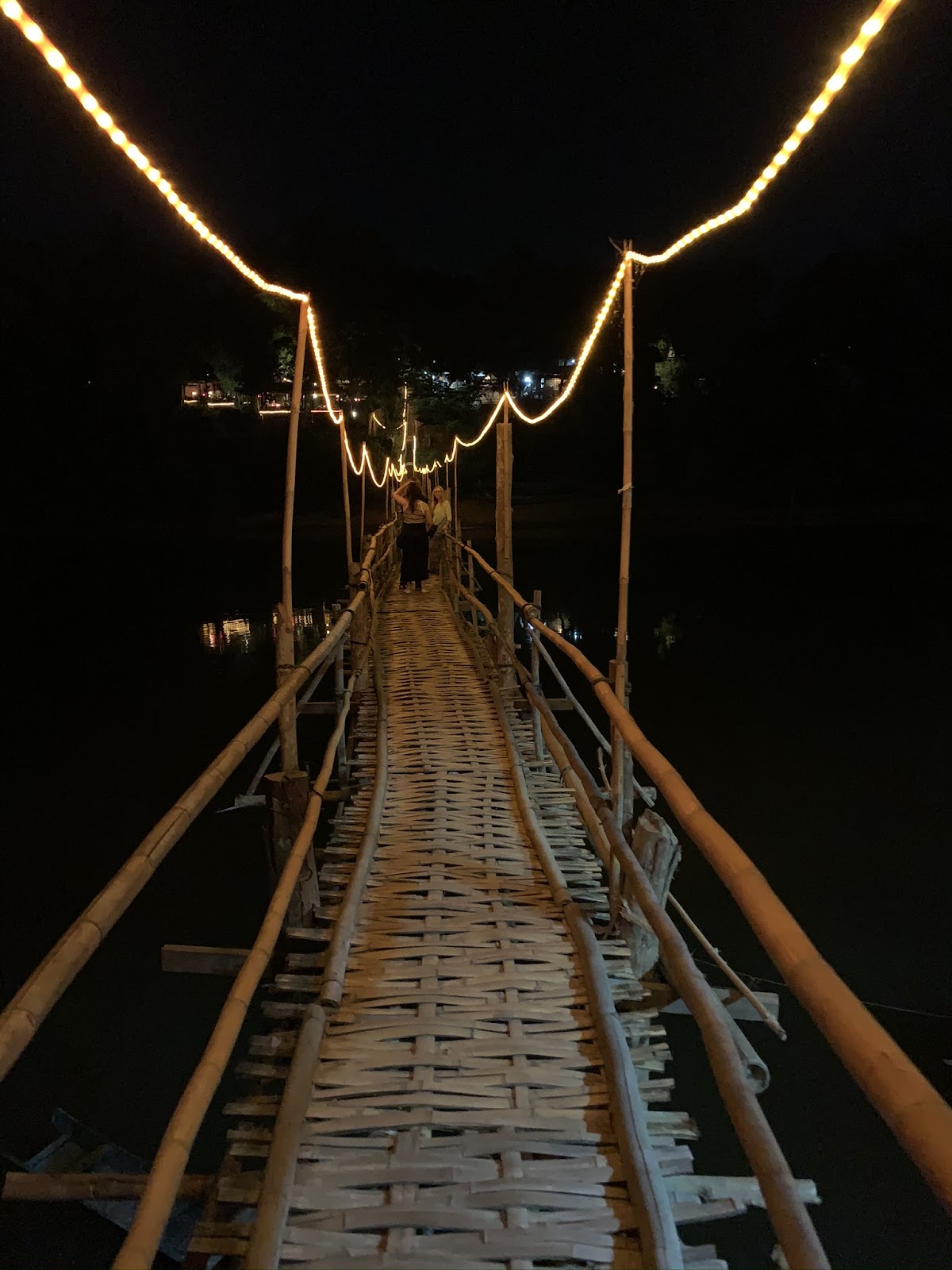 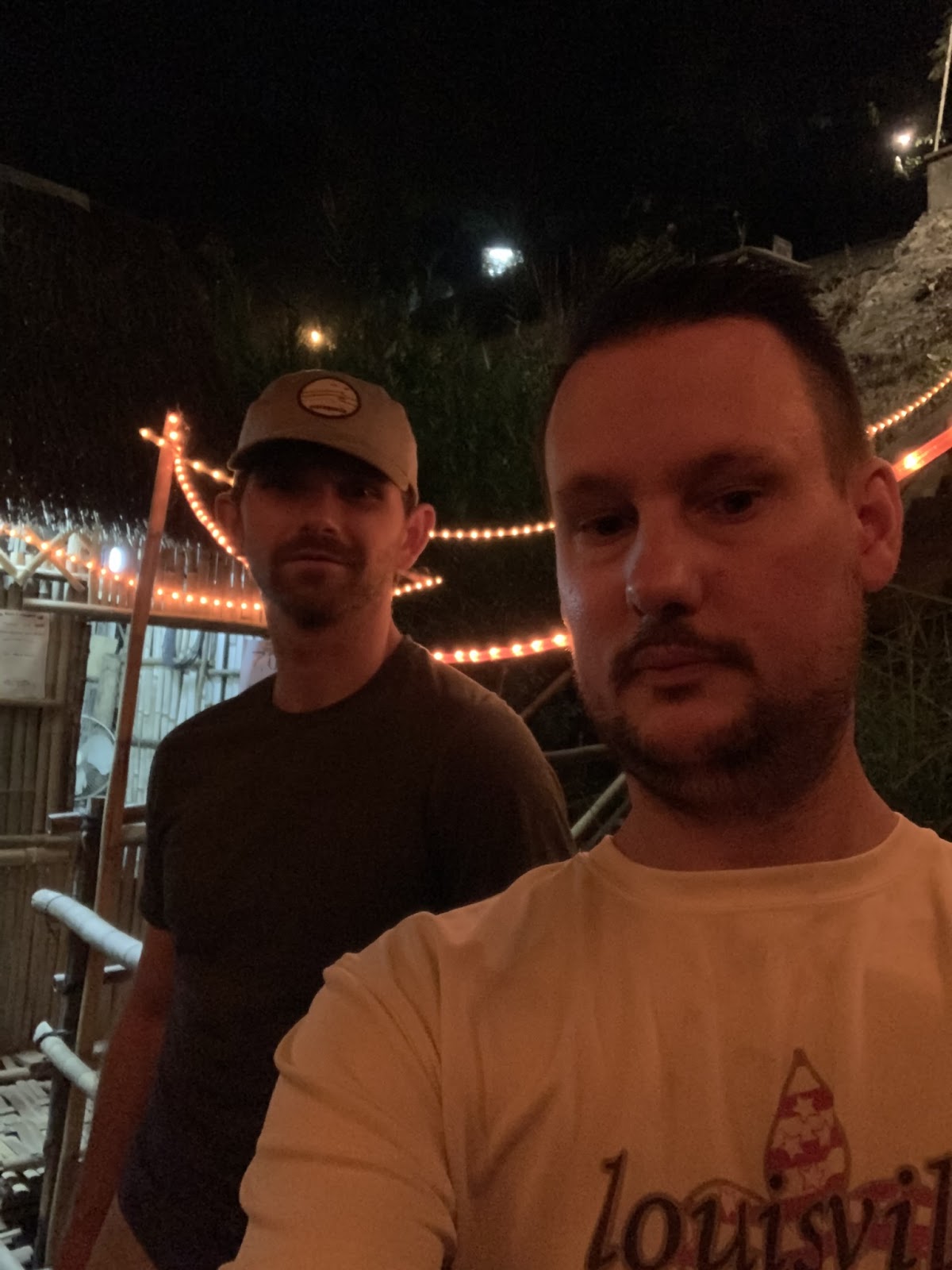 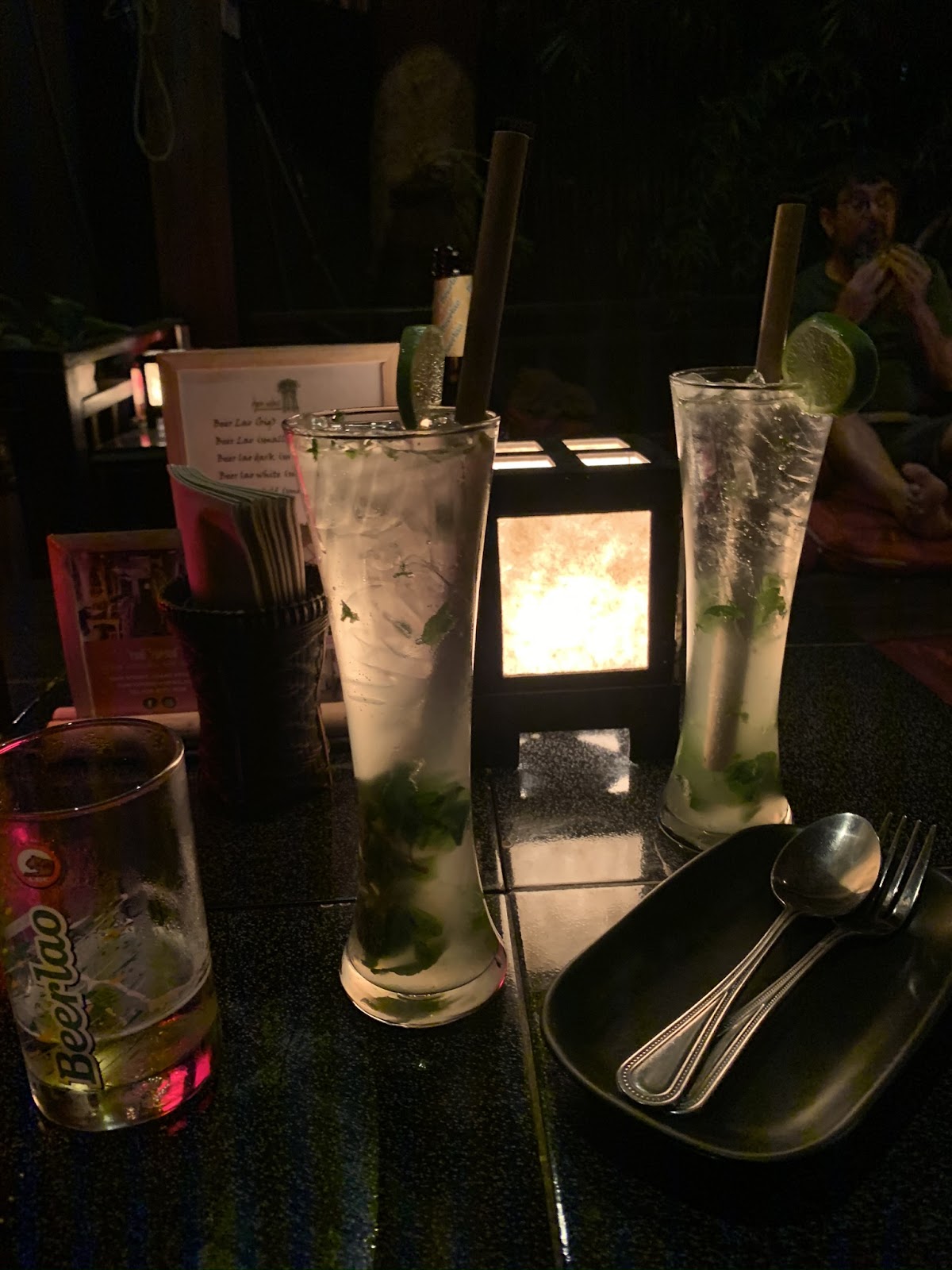 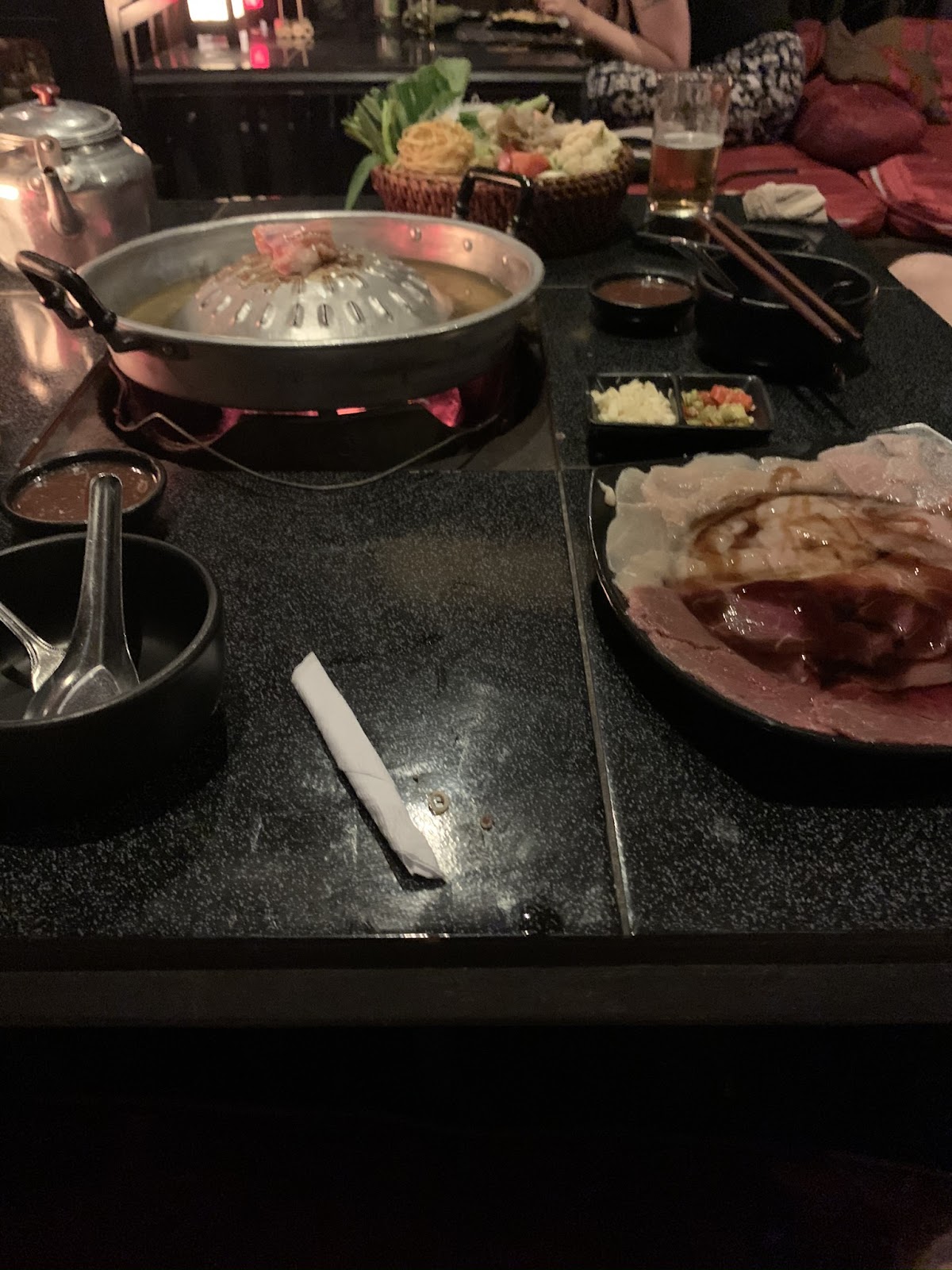 Thanks for reading. Hit me up with comments or questions. I'm still in Laos and working with the coffee farmers but enjoy staying connected with everyone during the limited time I have in town with the internet.

Join our community, hear the news, and get 10% off your next order!

Get 10% Off Your Next Coffee

Signup to hear the news and get 10% off your next order!